Just over a month ago I reviewed a book called The Clearing by first-time author Dan Newman. As someone who’d love to write a novel and dreams about traversing the trecherous seas from manuscript to publication I jumped at the chance to ask Dan some questions.

In your blog you mention having received a number of rejections before The Clearing was accepted for publication by Exhibit A Books / Angry Robot. Are you able to share a bit about your journey to that point?
Ah, rejections.  Any of us who decide to go down this path had better get their head right with that one. For a long time (and I’ve been doing this long enough to have some of my rejections hard copy and returned via snail mail), I kept them all in a box.  Even after the industry begrudgingly began to accept electronic submissions, I dutifully printed them out and put them into the big box of NO. At some point I looked at the box and wondered why I was keeping them.  I think it was some kind of proof – some validation that I was really trying.  But then I realized the function it actually served was to really make me feel bad.  So I threw them out.  All of them. 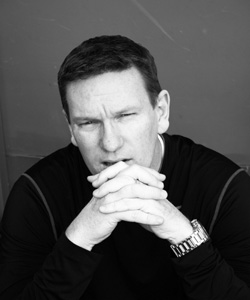 I’ve had my share of rejections over the last sixteen years following submissions of a number of my novels. That’s both from Agents and Publishers. Querying is an activity filled with potential disappointment, and armouring yourself against that is important. It can stomp your creativity to death if you let it, but sometimes we can set ourselves up for that disappointment – I know I did. For me, one of the (many) mistakes I made was to submit my first novel. I loved the story, loved that I had written it, loved that I had finished writing a whole damn novel. But, candidly, it was three hundred pages of rookie crap. Of course, I didn’t know that, so out it went, and in came the rejections.

The lesson I learned? Write more, and more. And more. Then find out what you’re doing wrong, fix it, learn more of the craft, and write – yep, you guessed it – more. I’m still following that advice today.

You’ve obviously taken heed of the Write What You Know adage, writing about the Caribbean given that you spent time there as a child. Your descriptions are very vivid. Were your memories that good or did you need to take some artistic licence?
For a number of reasons, I do have very vivid and rich memories of my time as a kid on St. Lucia. Fortunately it’s a very tactile kind of recollection; everyone has them about some aspect of their life – where you can almost smell it, feel the textures and take hold of tiny details that help prop it all up, like the way your clothes felt or the clamminess in your hands. In any case, it was something available to me that I tried to take full advantage of.

Your sense of ‘place’ was very strong in The Clearing. You’ve travelled a lot and obviously spent significant time in a number of countries. Do you find that your plots are inspired by a location; or do you tend to fit the place around a storyline?
In the case of The Clearing, the events that finally made it into the book actually kept creeping into other things I was working on, and it wasn’t until I removed them (they never seemed to fit), and put them back in the context of the island, that the story came together. So, for this book, absolutely the location drove the story. As you know, much of the story comes from personal experience, so in this case trying to separate plot and place was never going to work. It seems obvious now, but it took a long time to get that right. I think that sense of place is a strong grounding for everything I work on; sticking to places I actually know seems to work for me for the most part. It turns out growing up around the world in the lee of my father’s career in international development was probably a good thing.

You mentioned that A Dry White Season is your favourite book. I actually watched the movie before I went to live in Africa many years ago, but I haven’t read the book. It’s certainly confronting. What do you generally appreciate most about a book – the writing itself or the content/plot?
A Dry White Season is absolutely one of my favourite books, perhaps because it marks a point in my life where I lived in Lesotho – a country surrounded entirely by South Africa – during a time when apartheid was in full swing. Andre Brink took his life in his hands just by writing the book, which is compelling all by itself.

However, when it comes to what I appreciate in a book, I do love it when a book delivers two things: 1) a great story – it doesn’t have to by filled with high language and deep metaphors – just entertain me…  and 2) real capability with the language. And by mean the ability to send my mind off on a field trip based on a few economically placed words or phrases. A Dry White Season pulls both of these off in spades.

You’ve also mentioned that (in retrospect) – completing the book was really just the beginning – calling it embryonic. What’s been the most challenging aspect of the remainder of the journey: from submission of final manuscript to book release?
Yes, for me, I thought writing the book and having it published would be the goal line. I’d kick my feet up, sling my hands behind my head and watch it waltz off into the world.  Giant rookie mistake.  If the book is to have any chance at all of being read, it needs you out there with it. Talking about the book – engaging in social media and trying to get folks to give it a test run is perhaps the most challenging element for me. I think the part of me that enjoys the solitary act of sitting up all night to write is also the part of me that says “What?  Go out and speak about the book?  Dear God, no!”  But the practicalities of getting published soon tell you otherwise.

Fortunately I’m getting more comfortable with it, but I think it’ll always be an activity I have to push myself into.

In your blog you share an experience you had with a bookshop in preparing for your book launch. Has much changed since you’ve officially become a ‘published author’?
Yes – that was one of the many eye-openers I’ve had…  and it’s not a slight against the bookstore in question, but just a reality check that while people like me are tapping away on keyboards and rapping on the industry’s door, people like them are running a business. It’s easy to see yourself as the writer, and all of them – the bookstore people – as the business.
Newsflash: you are the business. I’ve learned that one now. 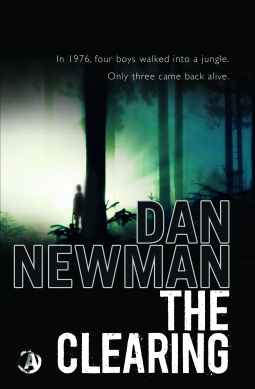 The biggest change I’ve noticed since becoming a “published author” are the crowds of people chasing me down the street whenever I go out.  That and the hellish decisions I have to go through to decide which of my Lamborghini’s to take out that day.  Whoops – sorry, got lost in the fantasy there for a minute. Honestly, there are no changes. I got a handshake in a bookstore once from the manager when he discovered I was the author of the book I was looking for (my Dad wanted to buy a copy) …and the irony wasn’t lost on me that the only reason I ended up speaking to the manager was because I couldn’t find my book in the stacks.

I do feel quite relieved that book has seen print, though.  I’ve had this long held and horrifying scenario in my head where my son, years after I’d gone to that big bookstore in the sky, is in a conversation with someone writing a book and says: Oh, you’re writing a book?  Yeah, my dad was into that.  Spent years doing it, but the poor bastard never got published. Whew. That’s one bullet dodged.

Many wannabe writers around the world are participating in NaNoWriMo (National Novel Writing Month with the target of writing 50,000 words towards a new novel). What advice do you have for budding writers?
Thank you for asking that one, but honestly, I’m not qualified to dispense advice on writing. So the best I can offer is to say what’s worked for me. In a word, persistence. And to take full advantage of that persistence. During the periods where the literary world is swatting you away like an annoying flying insect, use the time to find out what you are very good at, and what you are very bad at. Then find the people who are the very best at elements you struggle with, and learn. After that, persist some more, (and find someone to prop you up when you get to those days when you’ve had it and you want to quit, quit, quit forever…) And eventually persistence pays off – at least it seemed to for me.  Because even the giant swatting arm of the publishing industry eventually has to tire… 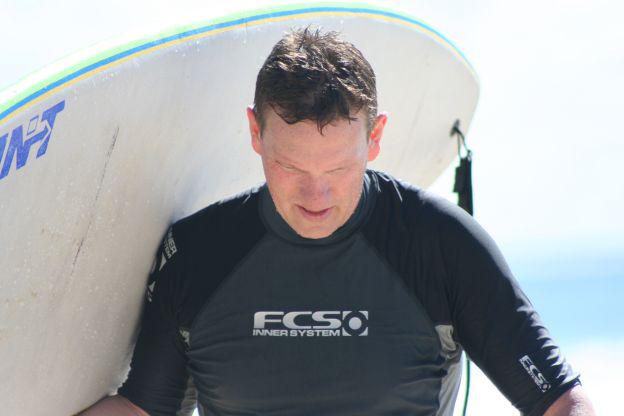 Dan calls himself an Australian enviator (loving much about our lifestyle!) and has been a regular visitor over the years.

You’ve got some other projects on your website. What’s next for you? I wasn’t sure if you’ll be in Australia. If so, I’ve included these questions:
Right now I’m just finishing up a sequel to The Clearing. My deal with Exhibit A is for two books, and there are a couple of options for what might make it as book two. This is the first sequel I’ve written, so that’s been an interesting experience; you seem to be able to run down the road a mite faster when you know the folks in the book so well.

Phew…. I *possibly* got carried away with the queries so this was nearly a two-parter. I did ask Dan a couple of other questions about his love for Oz, but had to cull and figured the ‘writing stuff’ was more important.

The Clearing, published by Exhibit A was released in late October / early November. I received an ARC of this book via the publisher (Angry Robot) and NetGalley for review purposes. I’d like to thank Dan for his time and patience (plus he said nice things about my blog banner) ;-).

I hope this provided some useful advice for wannabe writers; or was insightful for lovers of books and words. Anything else you wish I’d asked?

Today I’m flogging my blog With Some Grace.