After a short break I pulled out The Happiness Code again this afternoon and started where I left off, reading about the sixth of Domonique Bertolucci’s ten keys to happiness.

“One of the most powerful questions you can ask yourself is, ‘How do I hold myself back?’
Once you know the answer you can get out of your way.”

Bertolucci lists the principle of ‘permission’ as the sixth in our quest for happiness. Something we must give ourselves, she says, for no one else can give it to us.

The notion that we would be preventing our own happiness, sabotaging our efforts in some way, or not permitting ourselves to be happy could be foreign to some people.

I’m reminded of a conversation I had with my ‘life coach’ Karen Anderson when I first received a redundancy from work and planned my sea change (and I’m reminded of this as I just responded to a comment on a previous post about the issue). I was excited about what was before me, but I felt unworthy; as if I didn’t deserve such an opportunity. “It doesn’t seem fair,” I said to her, “that I have this chance.”

I often talk about worth. In the same session with Karen I said I struggled to not feel guilty or undeserved when I had things others didn’t – even if I earned them through hard work or skill.

“Being happy is not a privilege – it is something everyone deserves,” says Bertolucci.

She talks about times in our lives where we seemingly have it all. On paper. And yet we’re still not happy.

“There is nothing wrong with wanting more. There is no reason why you shouldn’t get everything you want from life.”

She tells us to stop apologising for the things we want. “Give yourself permission to shine,” she says.

I had to stop reading at this point because I became quite upset. I had a similar meltdown during my Skype session with Karen yesterday. About the same thing. Kinda.

And it’s something I try not to write about. It may surprise you, but I have a line* I usually draw when it comes time to talking about personal stuff. But this post won’t make sense unless I do – despite how pathetic I may sound as a result.

In my other blog I’ve also written about this book, and – as I’ve done here on a number of occasions – I made a brief comment on the life I thought I’d have… complete with husband / partner and child. Etcetera. I’ve mentioned my singledom here on a number of occasions, including basically admitting that a relationship is something I’d really like.

I would like to be in a relationship. In fact, I actually believe that it is the major thing that’s been missing from my life over the past 20-25 years. 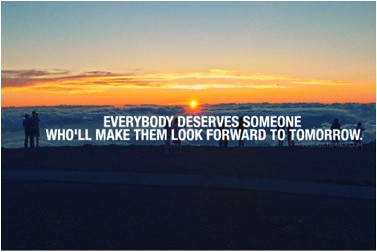 There. I said it. It sounds pathetic to me to be so desperate. But, I also realise that I’m wrong in thinking that it’s a weakness to say I ‘need’ (or want?) someone in my life.

I’m reading another novel in which the author is a single woman (searching for happiness – sort of… a very different sort of book!) and she rolls her eyes at comments from her friends about their partners or loved ones and gags when she’s told that their lovers “complete” them.

I’d be eye rolling as well. On the outside. But on the inside I’d be ever-so-slightly envious.

I’ve never been one for c0-dependency. But, although I do see it as a weakness to ‘need’ someone else; I cannot imagine what it would be like to have someone in my life in the way a partner would be. (And yes, there’ll be people here who tell me I’m lucky to not have to fight over the TV remote control!)

To rid of ourselves of whatever’s holding us back, Bertolucci says, we need to challenge our assumptions and identify underlying beliefs. This can be incredibly empowering, she says, although at the same time noting that it takes a lot of practice and reinforcement. (Bugger!)

And I’ve circled back around to the issue of worth and being deserving. Am I saying I’m ‘unloveable’? Well, I know I have my good points but I can certainly understand why no one’s ever really wanted me or become enamoured.

So how is it that we ‘get in the way’ of our own happiness, consciously or unconsciously? Naturally self-sabotage is behind door one. Which for me is something of a cop-out.

“Although I don’t want to be fat and single forever and although I WANT to be attractive to the opposite sex, I overeat and binge-eat – making me fat. And single.” Ta da!

Self-sabotaging behaviour or just a lingo-laden excuse?! We sabotage our own efforts when we feel unworthy or don’t believe we can achieve the results we want, says Bertolucci.

“It’s only when your actions and words are aligned that you can achieve your true potential.”

If I continued with my own example I’d have to accept that my behaviour (over eating etc) does most certainly NOT align with what I say I want from life (to look like a normal person and be attractive to the opposite sex!). I know that some people will tell me I’m loveable DESPITE my weight and that I deserve love, no matter what. Yadda yadda yadda. And for some reason I just can’t go there. Best just to moan about needing to lose weight and do nothing in the interim!

And when the obstacles are real and not necessarily of our own making, Bertolucci tells us not to let them deter us, saying most are not insurmountable. When we use ‘but’ or ‘if only’ we are the ones getting in our own way, she says, rather than giving ourselves permission to get the most out of life.

Do you feel ‘worthy’ of happiness?
Do you get in your own way or self-sabotage?