Egad… it’s that time again. It’s time for me to share with you my favourite books of the year.

I’m always a little surprised at how hard AND easy it is when I come to put it together. When I flick through the books I’ve read during the year (new releases only) I find it very very easy to pick a few favourites. If I was to agree to share 10 favourites it’d be harder. Three or five is much easier. They’re not only books I’ve rated a (very) rare five stars, or perhaps 4.5 stars…. but books that have stayed with me long after I’ve turned the last page.

And without further ado, here’s my list for 2017… (links to my reviews are in the titles)

Eleanor Oliphant is Completely Fine
This is / was easily my favourite book of the year. Obviously Eleanor Oliphant is not completely fine. She’s socially awkward and would be bloody hard work to be around; but Gail Honeyman puts us in her addled mind and it’s impossible not to fall in love with Eleanor and her (ahem) ‘eccentricities’. I laughed and I wept. This character-driven book is beautifully written and on my smallish ‘favourite books of all time’ list. 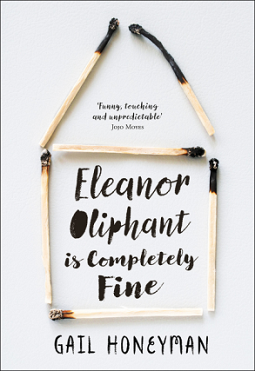 Best Day Ever
This book wasn’t even vaguely on my radar until I attended the Romance Writers’ Conference in August and much ado was made of it by its Australian publisher Harlequin. (As an aside, I should congratulate Harlequin Australia for really excelling in the romantic suspense sector.) Kaira Rouda offers us an increasingly unsettling lead character – a man keen to provide his wife the ‘best day ever’. Things naturally go awry however as we learn he’s been keeping A LOT of secrets from his wife… not to mention we readers. 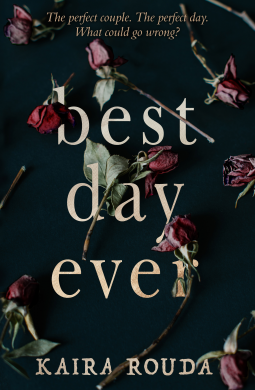 Sweet Little Lies
This book came as a huge surprise. It’s crime fiction, centred around a police investigation which has ties to another event years earlier. And our lead detective, quite imperfect and currently fragile, is forced to revisit traumatic events of her childhood. The plot’s interesting, but it was Caz Frear’s writing and lead character that won my heart in this debut novel. 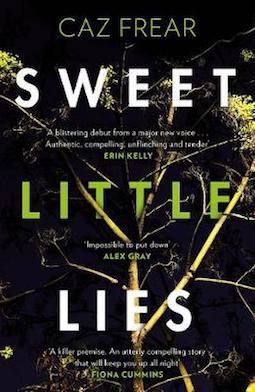 The Choke
I read Sophie Laguna’s Eye of the Sheep a year or so after it was released and fell in love with her characters and her writing. Her 2017 release, The Choke is no different. It tells the tale of a young girl, abandoned by her mother and whose life with her pop spirals into disarray following irregular visits from her volatile father. This beautifully written novel and the injustices within will stay with you long after you finish reading. 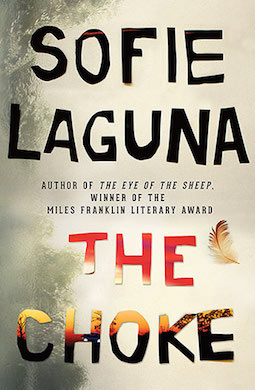 Together
Another surprise and one that’s here because it’s cleverly written. In reverse. I know that’s not hugely uncommon nowadays, but this book begins with a tragedy and we slowly move back in time, over a 50 year period, to discover what lead a man to the drastic action of deserting his beloved wife. 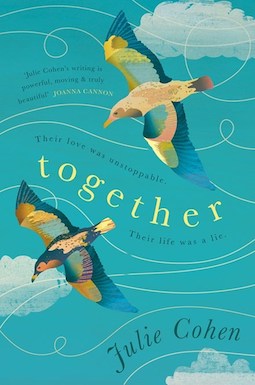 I also need to mention some other faves:

Candice Fox released two books this year I adored… Crimson Lake and Fifty Fifty. And I suspect the former (vividly set in far north Queensland) didn’t make this list only because it was out an entire year ago and less at the forefront of my mind. Which kinda sucks I realise. I am however eagerly awaiting the second installment in that series as well as number three featuring Harriet Blue (written in conjunction with James Patterson).

The Shape of Us by Lisa Ireland about the friendships that develop between a group of disparate women who initially have one thing in common. I’ve seen many many people comment on this book, noting they can relate to at least one of these very realistic characters.

A Hundred Small Lessons by Ashley Hay blew me away when I read it. Beautifully-written, it’s about an elderly woman forced to move into a nursing home and the woman / couple who buy her former family home. It’s quintessential Brisbane and surprisingly addictive.

Ache by Eliza Henry Jones is a (both powerful and subtle!) story about going ‘home’. It’s set in rural Australia and tells the story of a family (and community) ravaged by bushfires and trauma, and eloquently traverses of the journey from grief to recovery.

The Gulf by Anna Spargo Ryan introduces us to a young girl and her brother, capturing a short but pivotal moment in their lives. This sometimes-confronting book manages to convey both hopelessness and wistfulness.

(And it’s not until I look at the second listing now I realise they’re all books by Australian women, as is The Choke of course!)

What’s been your favourite book of 2017? Have you read / enjoyed any of these?