In honour of Mercedes Benz Fashion Week which commences here in Oz tomorrow (and given that I was not invited to attend… despite my burgeoning status as fashion blogger – okay… well, not so much!), I thought I’d do a Fashion Friday post – a tool I’ve noticed which is often employed by real fashion bloggers.

I should probably admit though that this is not exactly a Fashion Friday post. Because it is – in fact – Sunday – and as I mentioned, I am not a fashion blogger. As a result, this is (instead) to be a Fashion Phry-day Phryne post.

Avid readers of this blog will recall that I gushed over ABC (Oz) TV’s new weekly ‘lady detective’ series, Miss Fisher’s Murder Mysteries recently; and you’ll be pleased to know my fascination and adoration have not waned. (Kudos of course also to the books’ creator, Kerry Greenwood!)

I know, I know, there are some critics – the storylines are somewhat fanciful and not all actors are as fabulous or convincing as Essie Davis as Miss Phryne (pronounced Fry-nee) Fisher herself – but THE SHOW IS SUCH FUN. Nothing else matters.

Well, nothing else that is, other than the clothes. I raved about them in my previous post and this past week I cackled out loud at Phryne’s droll reference to an outfit she was wearing.

In the scene in question, Phryne was accompanying her friend Doctor Mac to the location of a grisly death. Mac said that Phryne might have to pretend she was her nurse to be allowed on site; and Phryne (wearing the outfit on the right below) with all her beguiling seriousness said, “Well, I’m glad I dressed for the occasion.” 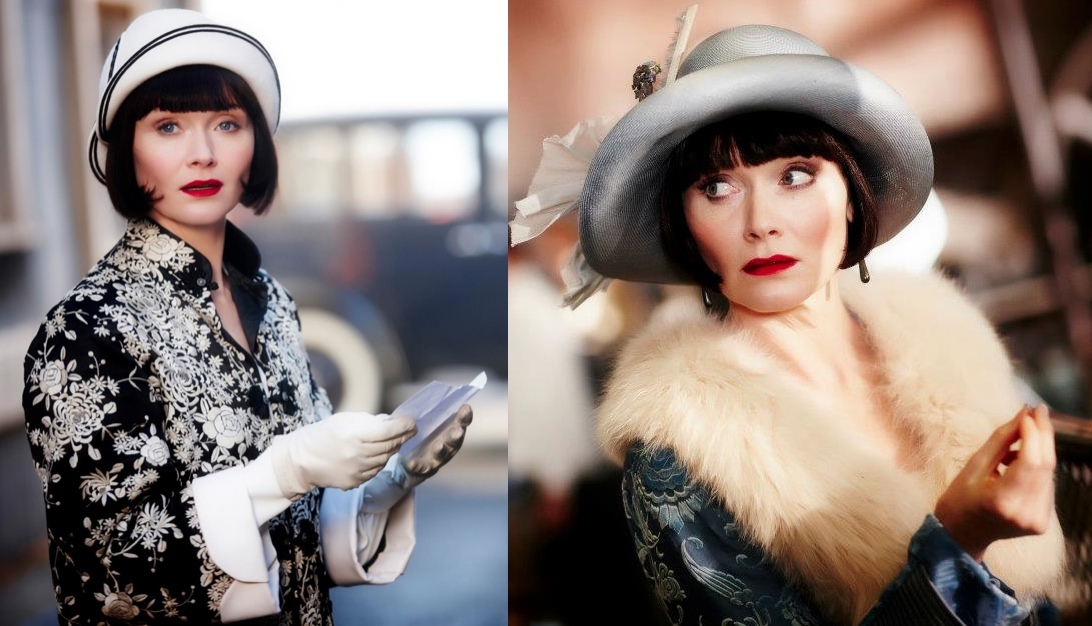 In undertaking my extensive research (yes… the usual – Google!), I read an interesting interview on the ABC TV website’s blog with Costume Designer, Marion Boyce (here) which was enlightening for a fashion and history greenhorn like myself.

When asked about the ‘look’ of the late 1920s and early 1930s Ms Boyce talks about the importance of the ‘whole ensemble’.

Although I wear a lot of costume (ie. cheap and funky) jewellery, I don’t tend to don scarves or gloves or hats and rarely carry handbags. And it seems, unlike many women, I’m not really into shoes. 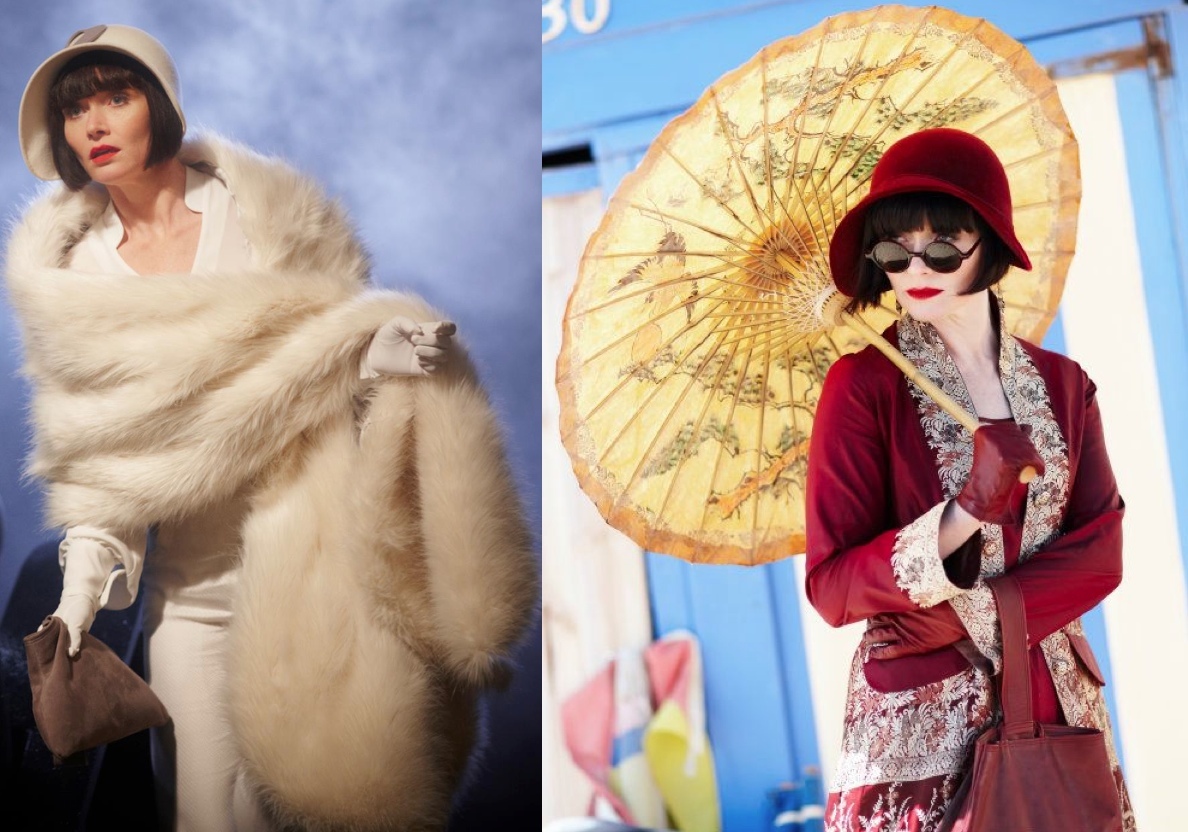 In the online interview, Ms Boyce also commented on the joys of designing costumes for an unconventional woman, such as Phryne as well as those for her less flamboyant colleagues. 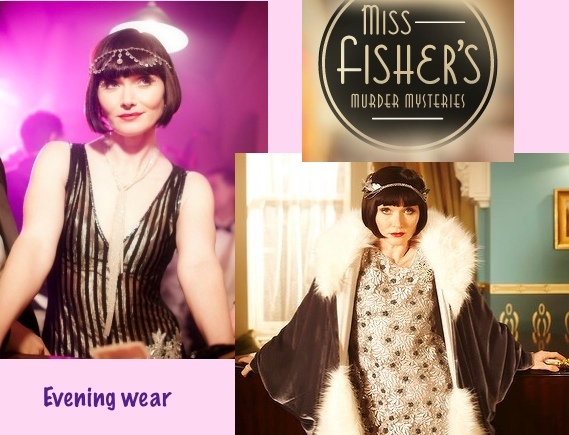 I read a blog recently (can’t recall where, or which one) where the writer asked us if we have ‘a look’. I grimaced as I sat in front of my iMac in a Nike t-shirt and sweat pants and decided against leaving a comment. But when I thought about it later I recalled my niece recently asking me (on a trip to Melbourne) why all of my clothes were a bit odd-looking. I suspect it was because I took a couple of my fabulous Nicola Waite* tops away with me; and Waite’s designs as well as the more affordable TS14+* pieces I own are all contemporary in design with asymmetric hems and the like.

So, I guess if I think about it – that’s my style. I’m not into classic suits, or pretty frocks or sophisticated evening wear. Rather, edgy and quirky designs.

But, I must confess, as I watch Phryne each week I suffer from some wardrobe envy. Sure I don’t have the slim flapper-like silhouette she and many of her cohorts do, so I would probably look quite lumpy and frumpy in the fabulous fur coats and layers, but still… a gal can dream. Can’t she?

Are you a Phryne fan, or a Miss Fisher convert?
Are you like me and, almost hopeful, that the glamorous 1920s/30s ‘look’ comes back into style?