I think I’m evolving. Before I know it I will be so enlightened people will seek my counsel or wisdom on important issues. Not just what books to read.

Okay… I *may* be getting carried away, but at least I seem to be reading more and more books which would normally be outside my comfort zone or circle of interest. And obviously I’m finding I’ve been underestimating my own level of tolerance. 🙂 Well that or I’ve been narrow-minded (in the past) and need to bloody well get over myself!

Confessions of a Once Fashionable Mum by Georgia Madden would normally not appeal for a number of reasons, but primarily because: 1. I’ve never been fashionable (although there was that time in high school when the local Sussan store stocked those frilled skirts…); and 2. I’m not a mum. (And I should mention I’m often less okay with 2 than I pretend to be.) So… this book could have been like rubbing salt into a raw wound.

But it wasn’t, and that’s predominantly thanks to Madden’s slick, smart and skilful writing.

Fashion PR exec Ally Bloom got her happy ending. Okay, her marriage might be showing the odd crack, her battleaxe mother-in-law might have come to stay, and she might not be the yummy mummy she’d imagined, but it’s nothing a decent night’s sleep and a firm commitment to a no-carb diet won’t fix.

But when Ally returns to work and finds she’ll be reporting to a 22-year-old airhead, she decides to turn her back on life as a professional fashionista and embrace her inner earth mama instead. So it’s out with the Louboutins and champagne and in with the sensible flats and coffee mornings with the Mummy Mafia.

From attending her first grown-up dinner party only to discover that placenta is top of the menu to controlling her monster crush on local playgroup hottie Cameron, Ally must find her feet in the brave new world of the stay-at-home mum. 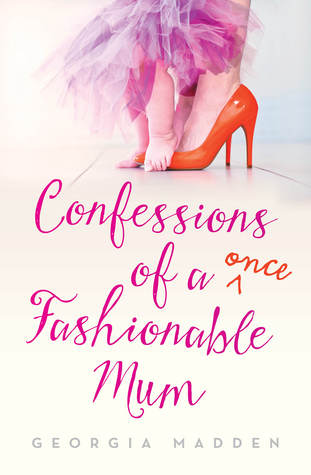 I recently dissed the lead character of a book who I said was vapid, vain and too Cartier-conscious. I was a tad worried that Ally (mother to 10mth old Coco) was going to be similarly annoying, but thankfully she was far from it. Sure she’s been existing in a world of fashion and wealth and wannabes but hasn’t entirely quaffed the Kool Aid. She’s had a sip or two; so short of ‘real’ friends, overly obsessed with appearance and brands and a tad judgemental, but sufficiently self-deprecating that it’s hard not to connect with her.

Ally joins the Happy Mummies (a playgroup) only on the advice of her doctor and discovers it’s her worst nightmare. Ally is obviously a #mummymisfit evidenced by her decision to teach the toddlers to use make-up when it’s her turn to organise craft activities.

“Look,” I said, holding Coco’s hand behind her back. “I’ve even taught them how to do it one-handed so they can touch up their makeup when they’re half pissed.”

The playgroup mums Madden offers us are extreme to say the least. In fact they’re almost caricatures of OTT mothers and the worst nightmare of every non-domestically-inclined diva. But their exploits are so funny it really doesn’t matter. We’re in Ally’s head and she’s got her Master Plan to become the perfect wife, mother and fully-fledged member of the Happy Mummies.

Madden’s written Ally’s cynical thought patterns and dialogue well. Her prose are very matter-of-fact and wry. Ally doesn’t have much of a filter and that’s refreshing.

The book’s also got a contemporary feel with a lot of social media references and each chapter is headed by a hashtag: #chickenpoxparties; #fistfights; #soNOTfuckingblessed and so forth.

I was surprised how much I enjoyed this novel. Like I said, the not-being-a-mother thing is still a bit of a sore point for me, but I had no time to wallow as I was caught up in Ally’s exploits. And although I’m far from fashion-conscious or from that world I could seriously relate to her antipathy towards all-things-domestic.

There were a few messages here for me including the very obvious assumption Ally makes that it’s one world or the other: deodorant-avoiding earth-mother OR yummy mummy whose Prada-clad child has her own Instagram account and hashtag.

Confessions of a Once Fashionable Mum, a debut novel by Georgia Madden and published by Black Inc Publishing, was released in May 2015.