When we meet young TV reporter Dana Nolan she’s just survived several days of rape and torture at the hands of a serial killer (Doc Holiday, featured in Hoag’s previous novels) and the only of his victims to escape alive. Her promising career however is a thing of the past as she’s left scarred (physically and emotionally) and undergoes almost a year of rehabilitation before moving back home with her mother and step-father. 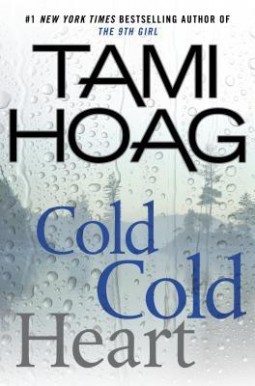 Suffering minor brain damage and struggling with nightmares Dana’s attempts at recovering in peace are thwarted when her arrival in her hometown reignites interest in the disappearance of Dana’s best friend (Casey) many years before.

Taking her therapist’s advice that she needs a project, Dana – certain her friend is dead – tries to recover her own memories of her last days with Casey. The (now retired) police detective who investigated the case provides Dana with her own statement from the time but also tells her he was certain she had held something back.

It makes for interesting reading, as not only is Dana trying to investigate her friend’s disappearance but she has to try to unpick her own memories from the time to see what she may have known.

I was almost half-way through the novel when I started worrying that culprit was quite obvious. Fortunately – although my suspicions were partially correct – there were enough twists and turns to keep even the best armchair sleuths perplexed.

Dana is a worthy heroine and flawed as all lead characters should be. She’s easily frustrated by her own rehabilitation and everyone else’s reaction to her recent experiences.

Interestingly also, the ‘new’ Dana discovers that the ‘old’ Dana was in fact a bit of a bitch. That realisation also adds an extra layer of substance to the novel and had me pondering on our ability to change. Was it Dana’s experience that brought about this new awareness (or even personality change), or was it a result of the brain injury. And… is it temporary?