I’m making a concerted effort not to open this post with news of the weather here in Australia. So instead I’ll regale you with the fact I’m currently full-to-the-brim with vanilla diet coke and chocolate. Which would be fine, if it wasn’t before 9 o’clock in the morning.

So… now that we’ve gotten the small talk out of the way (which reminds me, who says I’m not good at this frivolous chit chat stuff?!) onto the important things like books, reading and blogging.

I had a pretty quiet reading week as I had a few nights away and ‘off’. But I managed to finish Her Every Fear by Peter Swanson along with The Girl Before by PJ Delaney and finally I binged on Rush of Blood by Mark Billingham  so I didn’t feel quite so pitiful in my reading efforts! Bizarrely however, Rush of Blood appears to be a re-release and I discovered (after checking Goodreads because it seemed familiar) that I’d read it in 2012, but I didn’t remember the detail so decided to keep going.

I shared information on the two challenges I plan on doing in 2017 – my first reading challenges ever!

I also reviewed Her Every Fear by Peter Swanson, which I enjoyed; and Crimson Lake by Candice Fox – a WONDERFUL new book by the Aussie author and I’m sure it will be one of my favourites for the year. 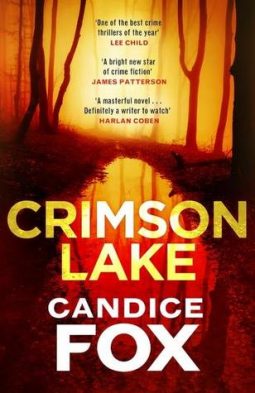 There was also an interview with my mother for her 73rd birthday and even I was struck by her lack of regret and contentedness with life.

As it was my mother’s birthday I spent a few days with her (I think I’ve mentioned she lives in a nearby town).

I finished binge-watching Continuum – rewatching some of the first three seasons (which I have on DVD) so I could see the final season on Netflix. I should mention I’ve also been watching Midnight Sun, a Swedish show by the makers of The Bridge.

I want to get into some routines, which is something I’ll be writing about tomorrow. Well, flexible routines I guess is what I’m thinking.

And, as for my reading… according to my schedule (via Trello) I’m behind on Love, Lies and Linguine by Hilary Spiers ; Slow Waltz of Turtles by Katherine Pancol; and Cast Iron by Peter May. And I’ve got City of Friends by Joanne Trollope and House of Lies by Renee McBryde coming out in the next week or so.

So… I’d better lay off Netflix a bit this week and do some reading I suspect. And – something I’ll mention in tomorrow’s post – I’m going to actually allow myself to read during the day. Sometimes. #dontask #longstory #arbitraryrules

What’s on your agenda for the next week?

I’m linking up with Kimberly from The Caffeinated Book Reviewer and Kathryn from The Book Date.