Just for something completely different I’ve been a bit all over the place this week. And yes… that was sarcasm.

God only knows what my problem is because I keep putting things aside until I feel like I can deal with them which ends up requiring me to spend 3hrs responding to / reading and deleting emails on a Friday morning. Some of the emails were two months old and from publishers with their new release listings.

It was nice to be able to check that task off my list however and I’m endeavouring to keep on top of them over the coming weeks.

Meanwhile… back to books and reading!

I read David Baldacci’s The Guilty in one very long bath-time session and really enjoyed it, though don’t think I’d read any of the previous three of the series.

I actually struggled with Stephen King’s short story collection, The Bazaar of Bad Dreams. I eked it out over three nights and then put it aside for a bit. I suspect I’ll just review it in Goodreads when I get the chance.

And I finally I read my first Kristina Olhsson, The Chosen, which was released here in Australia a month or two ago. 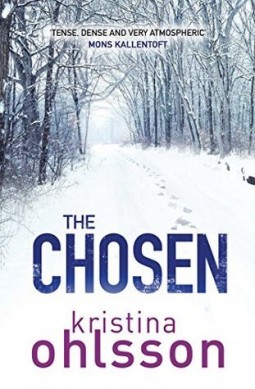 I started the week with my review of The Crossing by Michael Connelly. I loved this latest Bosch and didn’t hold back on the gushing in my review.

I also reviewed Isabel Allende’s The Japanese Lover. It was a book that surprised me and before I knew it I was under Allende’s spell and NEEDED to know what happened to these women I’d come to care about.

And finally in a personal navel-gazing post I talked about the importance of looking through the windscreen and not the rearview mirror (and remaining trapped in the past).

And for those playing alone at home, the winner of my Game of Thrones Colouring Book (provided by Harper Collins!) was Tali and it’s already in the mail and enroute. Congrats to Tali from NSW and thanks to all who entered.

I didn’t mention last week that I had a fantastic job interview for something I think I’d really enjoy. I think I’ve progressed to the next stage as I did a personality test for that company this past week. I won’t hear anything now for another week or two but have my fingers crossed.

I crash and burned on the NaNoWriMo front BIG TIME! I wrote 1700 words on day 1 and then nothing. I’ve decided I’ll play it by ear and keep writing if I can get my head back into the game.

I had a heap of my hair chopped off because (even though I’d been growing it for nearly 4 years) it was annoying me. I think I’ll ultimately go really short again, but in the interim it’s mid-length.

I’m currently binge-watching season 2 of The 100. It’s a while since I watched s1 so I was a bit worried so did some plot synopsis re-reading in IMDb before kicking off! I watched the first 12 episodes back-to-back yesterday afternoon and evening (so have 4 episodes to go). Naturally I had weird apocalyptic dreams about teenagers running the world as a result!

I received the latest Karen Rose—Alone in the Dark—this past week and am very excited. It’s not up next but I think it might jump to the top of my pile because I’ve missed the last few of her books. 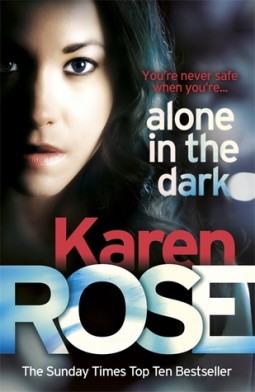 I have Iona Grey’s Letters to the Lost and am really not sure it’s the sort of book I’d like, but I’ll give it a try. 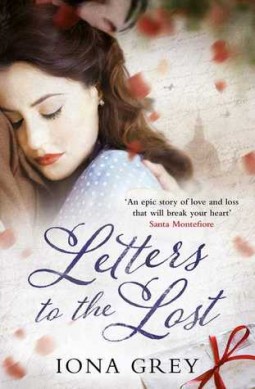 And I’ve got Jostein Gaarder’s The World According to Anna. I’ve never read her work and it kinda scares me but hey… I’ll give that one a try as well! 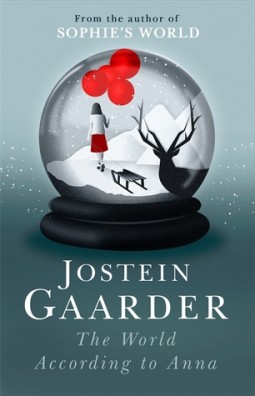 And that’s about it from me on the books and reading (etc) front this week.

What’s on your agenda for the next week?

As usual I’m linking up with Kimberly, the Caffeinated Book Reviewer and Kathryn from Book Date.