It’s supposed to cool down here Sunday and everyone I know in my part of Australia will be breathing a sigh of relief. Our media’s been talking about ‘heatwaves’. I can’t remember if it was this hot when I was a kid or if we just weren’t used to airconditioning and the like and just kinda expected to be lying around in pools of sweat.

But enough of this obligatory chit chat about the weather and onto important stuff like books and book blogging.

I had a wonderful reading week – in terms of quality anyway, not necessary quantity, but did read three books. I kicked off the week as planned with The Nowhere Man, the second in Gregg Hurwitz’s Orphan X / Evan Smoak series. And I loved it.

I moved onto Natasha Lester’s Her Mother’s Secret, which isn’t out until April or so, but I had a bit of a gap in terms of what was due out so decided to allow it to leap to the top of my TBR pile.

On that note and as a little aside, can I suggest o/s readers keep an eye out for Lester’s previous book, A Kiss From Mr Fitzgerald, along with Jane Harper’s The Dry;  two good Aussie reads from 2016 which are now being released in UK and US markets.

And finally I’m almost finished Her Every Fear by Peter Swanson… very much ‘my’ kind of book.

I didn’t blog as much as I have been as I’ve been struggling a bit with motivation. And direction. Which interestingly was the topic of my post on Thursday… about quitting vs surrendering and my habit of developing huge ‘to do’ lists or having goals that I’m not really sure I want to pursue.

That post actually grew out of another I wrote about my home study. I’m struggling to make it into a place that I find inspiring and I started to wonder if it’s me and not the room. #sorryRoom

I reviewed just the one book, The Nowhere Man by Gregg Hurwitz, which I already think – along with Candice Fox’s Crimson Lake (read last week, reviewed next week) – will be one of my favourite reads of the year.

I was obviously maudlin and ponderous. For a bit anyway.

I also binge-watched the TV show Sense8 on Netflix which I found surprisingly enjoyable. It was made in 2015 and I note the second season is coming out this year. 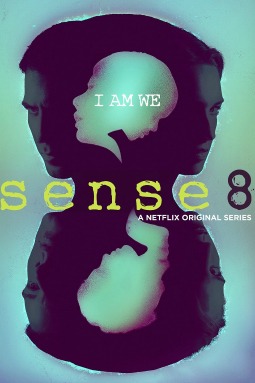 And as you read this I’m at my mother’s (in her nearby town) re-watching the first three seasons of the TV show Continuum so I can watch the newly released fourth (and final) season on Netflix. She’s got a friend visiting Hervey Bay, so she’s at my place and I’m at her’s. #houseswap

January 26th is a public holiday here for Australia Day. It’s a difficult subject because it’s now (of course) been proved / acknowledged that the country was invaded rather than settled and many of the Indigenous population killed and their land taken.

Until there’s a day / name change it is what it is though, and it falls on a Thursday this year which is exciting for me. I only work Tues – Thursday so NEVER get any public holidays on Mondays or Fridays… so could quite possibly go the entire year without one. But, this Thursday’s the public holiday, so I’m irrationally excited about that.

I got a heap of new books this week and am yet to sort them into publication date order. I’ve actually already read two of them and a couple weren’t books I requested, so I’ll need to see if they’re of interest. It’s weird that some publishers are more forthcoming than others. I keep missing out on books from one publisher in particular here in Australia, and can’t even work out how to get stuff from another. Whereas others are very generous. 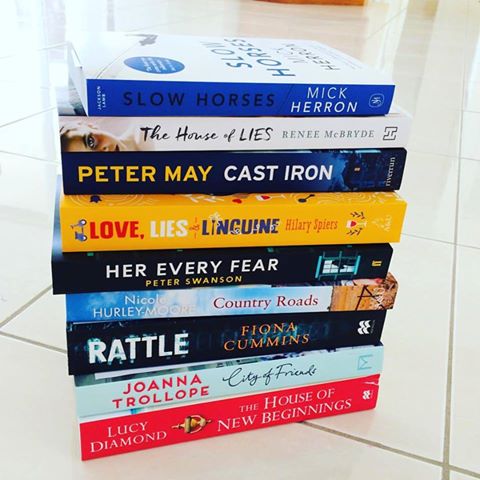 I’ve done nothing about pitching reviews or other pieces to paid sources but am sending a few to the Weekend newspaper I regularly wrote for last year. They don’t pay but I’d gotten out of the habit after a change of editor, so have got a few reviews coming out there soon and am keen to get that writing mojo back.

And that’s about it for me on the books and book blogging front for this week.

What do you have planned for the week?

As usual I’m linking up with Kimberly from The Caffeinated Book Reviewer and Kathryn from The Book Date.