A few new books arrived the other day. I was speaking to my mother later that night, mentioning I’d been to the post office. “Thank God they’re not published until July,” I told her, saying I had an inordinate number of books to read at the moment.

I think I knew it was July. But had forgotten. Temporarily. I’m thinking of patenting the hashtags: #somanybooks #solittle time. Or something.

It was a pretty good reading week and I really only had one night ‘off’ in order to catch up on my book reviews.

I started the week with The Bones of You, which I enjoyed. Then came Little Black Lies by Sharon Bolton, which had been waiting in my iPad reader for so long it had expired twice. It’s received a lot of good reviews and I enjoyed it as well.

First One Missing by Tammy Cohen was next on my agenda—and another enjoyable read. 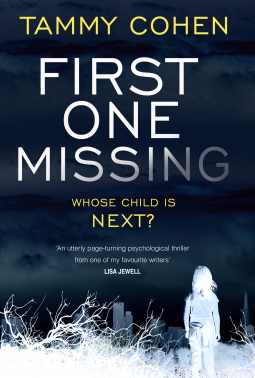 And although I have THREE other new books which were released this past week, I skipped over a couple and read Karin Slaughter’s Pretty Girls, which was released on 1 July. (Which rumour has it was this week! 😉 )

Lots. Of. Reviews. I asked a question on my Facebook page yesterday, wondering if I was posting too many reviews at the moment. I thought perhaps I should just post some in Goodreads as I was worried I was boring my non-book loving readers.

Speaking of which, my book-related blog posts included:

The Other Side of the World by Stephanie Bishop – a beautifully written and wistful tale about a family migrating from England to Australia in 1963.

Friday on My Mind by Nicci French – the fifth in the series and another good whodunnit, despite the prickly Dr Frieda Klein.

The Bones of You by Debbie Howells – sad and moving and features the voice of an 18 year old girl who’s been killed.

Little Black Lies by Sharon Bolton – a dark and sinister tale of missing children mostly told amidst a background of grief.

And finally I just posted my review for First One Missing in Goodreads.

My only non-bookish post was about my consciousness that small sustainable change is often the only way forward. (And yet something I grapple with on the weight-loss front!)

You may not be surprised to know that I failed to pitch any book reviews to online sites (etc) as planned. I promise I’m going to do it this week.

And possibly today (if I catch up on writing) I’ll be attending a local Mary Poppins Festival in nearby Maryborough—the birthplace of PL Havers, creator of the much-loved character. It’s an annual event primarily targeted at families and kids. Stacks of people dress up and there are chimney sweep competitions, nanny / pram races, footpath painting, arts and crafts and stalls etc. 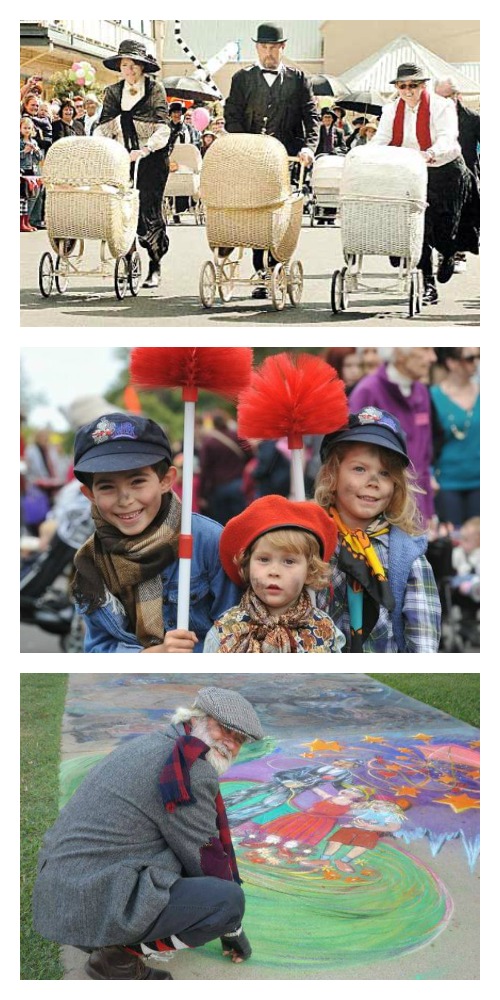 What I’m planning to read

Up first is a book I’ve had in my e-reader for a very long time, My Sunshine Away by MO Walsh. And then I’m looking forward to a couple of this past week’s new arrivals: The Melody Lingers On by Mary Higgins Clark; and The Hand That Feeds You by AJ Rich. 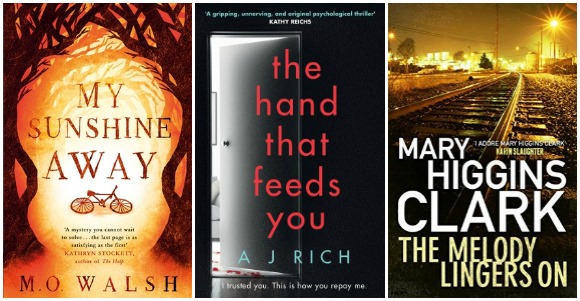 I’ve got a few more due out in the next week, but think I’ll just aim to get to them soon and not over-commit. I’d hate reading to become a chore so want to ensure it remains a passion. (Some of us have so few! 😉 )

What’s on your agenda for the week?

Linking up with Kimberley for The Sunday Post and Sheila for ‘It’s Monday’.

PS… I’ve had issues with my site all (Sunday) morning, so had to temporarily change my theme to post this. (In case you’re wondering why everything looks different!)