With a number of young adult books under her belt, JC Burke draws on the interesting dynamics of families and friendships in her latest book, Pretty Girl. It was the first of Burke’s books I’ve read, but certainly won’t be the last. After my extensive research (yes, Googling Burke’s slightly-out-of-date website as well as Random House’s site) I note that the complexities of relationships appear to be a theme in her novels.

Pretty Girl features four friends (alliteration accidental, but it’s now staying! 😉 ). Although they survived high school with their friendship intact, their ties are being tested at University as each of the girls struggle to find their own identity and place in their new environment.

When we ‘meet’ them, Paige is in hospital and at a loss to explain her near-drowning; Jess is dead – seemingly at her own hand; and the friendship between Sarah and Tallulah is in tatters as they struggle with guilt and unanswered questions. 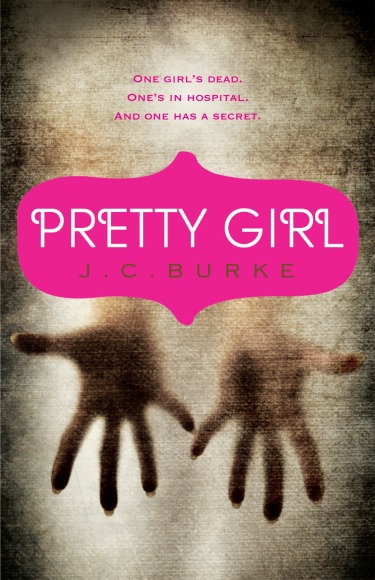 The story unfolds via Paige and Sarah: Paige from her hospital bed, trying to regain memories of her accident; and Sarah, struggling with her own relationship as well as the death of one friend, hospitalisation of another and increasingly fractured relationship with the remaining member of their foursome.

I love a good mystery and this had me intrigued. Readers, privy to the minds of two of the friends, have an early insight into the supportive and occasionally sinister forces manipulating the girls and their relationships. The ‘why’ however, remains just that and I found myself knowing what was coming, but powerless to stop it.

The conclusion wasn’t completely satisfactory to me as while the mystery is solved I still wondered a little about the ‘why’. (Plus I like closure!) But more intriguing (and scary!) is… perhaps there’s not always a ‘why’.

Random House’s Pretty Girl by JC Burke is due for release on 2 September 2013.

Blood Secret is the third crime novel* by Australian writer Jaye Ford. (Another new discovery whose books I will be seeking out!)

Rennie Carter is a survivor with a tragic past who’s settled in the seemingly-calm and quiet Haven Bay. Although she’s spent most of her life on-the-run, Rennie’s now got a job she enjoys, discovered a love of painting, developed friendships and fallen in love with local, Max Tully. It seems she’s finally offered a glimpse of happily-ever-after.

However, when Max suddenly disappears Rennie’s left wondering if her past has caught up with her. 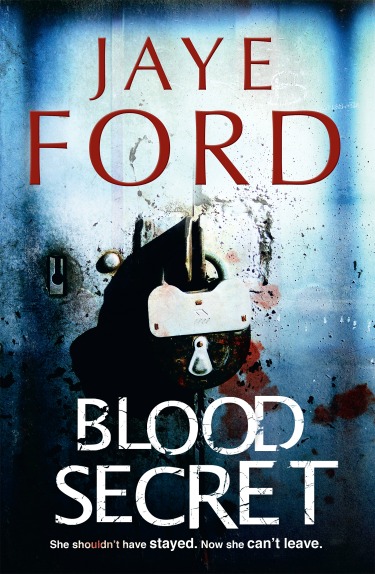 With the police offering minimal assistance Rennie has to grudgingly deal with a part of her life she’d prefer to forget.

Her own investigation into Max’s disappearance however, is complicated by secrets being unearthed about Max’s own past and allegations of a double life.

As seeds of doubt and suspicion are planted, Rennie starts to question who, in Haven Bay, she can trust.

There’s a lot simmering beneath the surface from the start of this book. It takes a while but the past is slowly and intricately unravelled and we are ultimately kept guessing until the very end (a good thing in crime fiction!).

Blood Secret is also being published by Random House Australia and is available on 2 September 2013.

*Ford has also written a novel as Janette Paul, the details of which are also on her website.

Do either of these books appeal to you?
Are you a lover of mysteries / crime fiction?