I’ve spent much of the week suffering from a 21st century ailment known as BEA16-envy. Kinda like life envy but with less angst-reducing drugs required.

Yes, it’s true – while many of my favourite book bloggers in the US (and Europe) strutted their stuff around ‘BookExpo America’ the rest of us suffered in silence. (Okay, well there may have been a petulant comment on a FB update or two!)

I miss that camaraderie that comes from hanging with similarly-passioned people. I’ve organised to go to a blogging conference here in September for that very reason. I used to go to the ProBlogger Training Event regularly but pulled back as it became a bit too all-about-the-money. But… I also engage with (and am virtually friendly with) a lot of Aussie bloggers so keen for that networking element.

I’m also keen to get to a Writer’s Festival or similar this year.

But onto more important matters… like my book reviewing and reading!

I started the week with You Sent Me a Letter by Lucy Dawson which I’ll review in the next week or so as it’s out later this month.

I then bravely ventured into unchartered territory and read A Kiss From Mr Fitzgerald by Natasha Lester which I mentioned I’d accidentally downloaded. It’s historical fiction which I don’t usually read but not TOO heavy on the shoving-facts-down-our-throat or the saga factor. And, I adored it!

And finally I read a new arrival – Australian author, Jenn J McLeod’s The Other Side of the Season. 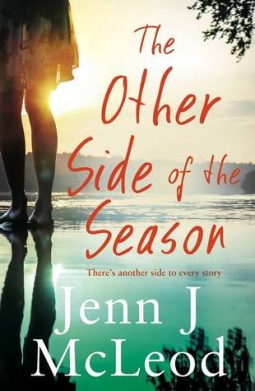 As usual there were some book reviews:

Britt-Marie was here by Fredrik Backman – a quirky tale which I loved!
A Kiss from Mr Fitzgerald by Natasha Lester – a HUGE surprise which I devoured!
That Darkness by Lisa Black – which I reviewed in Goodreads. 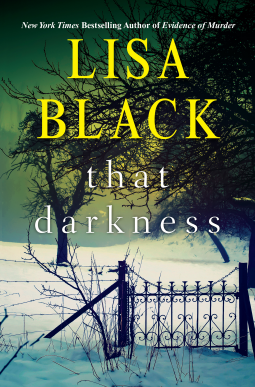 And some other insightful posts about the world ‘n’ stuff:

Things that give me hope for humanity – again discussing Boaty McBoatface but adding dancing police into the mix
Things I don’t get about plus-size clothing – including side pockets in trousers. I mean, REALLY?!

And I also guest-posted over on The Caffeinated Reviewer while Kimberly frolicked around BEA.

I got some key stuff done at work which had been a major milestone and I’m relieved about that. It involved some approvals and some waiting along the way, but yay! Onwards and upwards.

And …. well, that’s about it really. I worked, I blogged, I read and I tidied for my second open house.

I didn’t get to The Diet Myth which was on my list last week, so that’s deferred to this week. The idea of non-fiction is akin to water-torture but – I might usually say the same about historical fiction and yet I adored Kissing Mr Fitzgerald… #notitsrealname

I’m so far behind in my reading I’ve pushed my April novels to the side to make way for new books – only reading what really REALLY takes my fancy or is due for release.

The likes of Jeffery Deaver, John Connelly and Chris Cleave really don’t deserve such treatment so they’re not shelved permanently… just waiting for a dry spell in new arrivals. (And I’ll ignore the fact that new arrivals outstrip my reading. Week after week!)

I had nine new arrivals last week, (three via NetGalley and six print copies) including these…

I shared this pic on Instagram and if you click through you’ll see an Allen & Unwin publicist suggested I take Nacho into the bath with me! Yes, my reading habits are nothing if not predictable. I am a #bathtimereader.

These new arrivals are all published in the next couple of weeks, so I have no idea what else is next but I’ll fill you in next Sunday!

In the meantime, pray tell adoring fans… what’s on your agenda?

As usual I’m linking up with the Caffeinated Book Reviewer for the Sunday Post, Deep Fried Fruit for the Lovin’ Life Linky and The Book Date for ‘It’s Monday’. #threebirdsonestone #enoughofthehashtags!