The most intriguing thing about this book is that it opens with the death of Erin’s husband. (And I hadn’t read the blurb so that came as a surprise to me but it IS in the blurb so this isn’t a spoiler.) And then we leap forward in time and she’s on trial for murdering her husband months AFTER he (very obviously) suicided.

The options are obvious aren’t they? He faked his death for some reason… and we’re given plenty. Or Erin moves on and married someone else quickly in the interim. Jo Spain sets The Perfect Lie up really well so I didn’t expect the direction this book took. I mean, I’d considered the baddie could be the baddie but discounted it because, well… Spain convinced me otherwise.


Five years ago, Erin Kennedy moved to New York following a family tragedy. She now lives happily with her detective husband in the scenic seaside town of Newport, Long Island. When Erin answers the door to Danny's police colleagues one morning, it's the start of an ordinary day. But behind her, Danny walks to the window of their fourth-floor apartment and jumps to his death.

Eighteen months later, Erin is in court, charged with her husband's murder. Over that year and a half, Erin has learned things about Danny she could never have imagined. She thought he was perfect. She thought their life was perfect.

But it was all built on the perfect lie.

The book unfolds in multiple timeframes and I did find it became a little confusing as the past(s) – yes there are two of them – catch up with the present. The narrative around Danny’s death and ‘what comes next’ is told from Erin’s point of view and she hovers between the months after and the present, when she’s on trial. She also occasionally offers up memories into how the pair met and their whirlwind romance.

And then we meet Ally, a PhD candidate who also works as a Proctor at Harvard. She becomes embroiled in the aftermath of an attack on one of the students under her care. In retrospect I realise why Spain didn’t offer a lot of detail about the attack, but at the time it felt as if we didn’t get much context. Similarly, though threats are made against Ally she very abruptly drops the issue and disappears.

It’s the gap in time in Ally’s story that confused me a little but it ultimately brings us to the present. Ally’s role is very much as observer of the past incident and I wondered if Spain should have dropped in and out on her life over the intervening couple of years.

It ultimately doesn’t matter however as Spain sets this up brilliantly so there’s a tremendous surprise or three at the end. She also gives us several plausible versions of events along the way and even Erin has her doubts as to the truth.

This is a great read by Jo Spain and I probably enjoyed it more than her popular 2018 release, The Confession.

The Perfect Lie by Jo Spain will be published by Quercus Publishing and available from 13 May 2021. 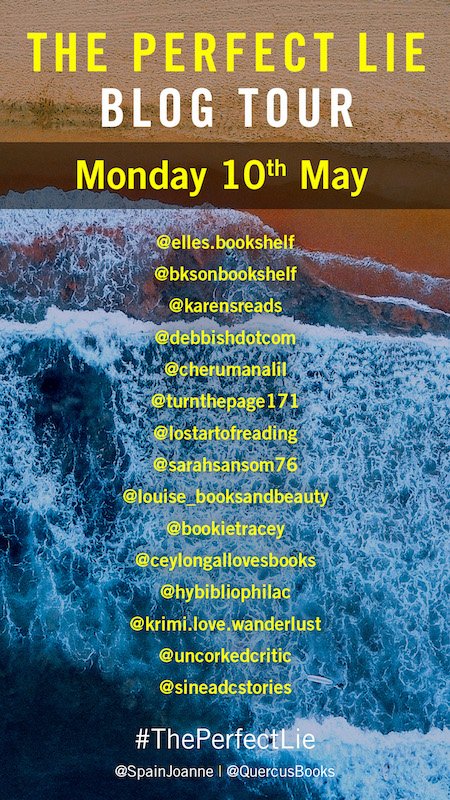