From the moment I started The Last Clinic, I assumed I was reading a novel which formed part of a well-established series. It certainly felt as if I’d happened on Detective Darla Cavannah and her Jackson Sheriff Department colleagues midway through their lifecycle, when they were already familiar to regular readers.

And – that’s a good thing. I’m accustomed to encountering well-established characters part-way through a series but often struggle with how the writer deals with the backstory. It’s either poorly delivered and scant – leaving readers in the dark about who’s who; or provides so much detail that it renders previous novels in the series redundant as you know exactly what s happened.

However… I actually discovered AFTER finishing the book that this is actually Gary Gusick’s first novel, making it Detective Darla Cavannah’s first outing. 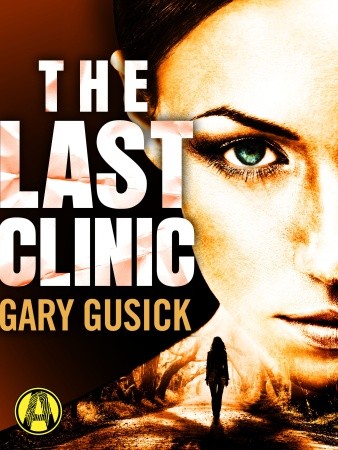 We meet Darla when she’s still recovering from the death of her husband and on leave from her role at the Jackson Sheriff’s Department. Darla is a transplant from Philadelphia and still coming to terms with life in Mississippi.

Sheriff Shelby Mitchell interrupts Darla’s state-of-wallowing after the shooting of local high-profile Reverend and pro-life activist outside a women’s health centre which he’s been picketing.

With half of the town (including the sheriff’s office) a member of the Reverend’s congregation, charismatic (Eyetalian) Clinic Doctor, Stephen Nicoletti fast becomes a suspect and an easy target for those wanting to resolve the case quickly.

Darla doubts the doctor’s guilt but questions her judgment when she finds herself attracted to the handsome lead suspect.

Unfortunately for those wanting an easy resolution Darla and her unlikely helper – Uther (IT guru on loan to the Sheriff’s Department) – discover there’s more to the Reverend and his cause than meets the eye; and before she knows it Darla’s visiting strip clubs and tracking dirty money across the US.

Darla’s supported by an interesting cast of characters – who I assume will feature in future novels – from inept fellow police officer Tommy (who also happens to be the Mayor’s nephew and an Elvis impersonator); and Darla’s friends and ‘Sisterhood of the Swamp’ (hunting group) members.

In case you’re wondering, I assumed the novel was part of a series (or will be part of a series, because the complete title is, The Last Clinic, A Darla Cavannah Mystery. I’m hoping it’s the start of a series as I’d be happy to catch up with Darla again.

The Last Clinic by Gary Gusick will be released on 18 November, published by Random House imprint, Alibi.

I received a copy of this book for review purposes via Random House Publishing Group and NetGalley.