Hannah’s given up a fulfilling and fast-paced career to move to the Suffolk countryside with husband Will to start a new life – and hopefully a family.

Keen to turn the abandoned and dilapidated Tornley Manor into a welcoming home, Hannah draws up a rigid redecorating schedule; however, when Will gets stuck in the city, Hannah’s left to progress things on her own.

Experiencing intruders and a few renovating hiccups, Hannah seeks help from her neighbours – some of whom are more welcoming than others – and she soon realises some strange things are happening in the small farming community.

Hannah’s unease is compounded by a sense of being watched, however she’s adamant that nothing will deter her from achieving her dream of a family – although she is forced to stifle her own feelings of disquiet to single-mindedly pursue her dream. 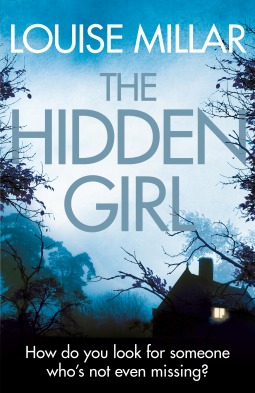 When her relationship with Will starts disintegrating however, Hannah reaches the point where she needs to ask herself if she can really live with the person she’s becoming.

I enjoyed this novel far more than I expected. Readers are kept guessing as the possibilities for Hannah’s intruders range from ghosts, to vagrants, to her own imagination.

I wondered if Hannah’s single-minded obsessiveness re starting a family may bewilder some readers… and I may have sworn at her under my breath on a few occasions. (#FFS!)

However… in retrospect her drive was in keeping with the former high-achieving career woman who’s channeling her energy elsewhere.

Both Hannah and Will could easily have been unlikeable but I think both are well-written and our time in their heads allows us to relate to their actions.

The cast of neighbours are strange without being too stereotypical and we’re sucked into wondering if everyone is as they seem. Or not?

All in all, a great read from Louise Millar. (My only negative was that the title is a bit literal… and means little until the end of the book!)

The Hidden Girl by Louise Millar, published by Atria/Emily Bestler Books (Simon & Schuster) will be available from 19 August 2014.