I’m always intrigued when I watch TV shows or read books featuring District Attorneys (or their equivalents) who seem to be overly involved in police investigations. In my limited experience here in Oz, everything’s pretty much tied up (complete with a little bow if they’re lucky) when cases are handed from police to the justice system for prosecution. 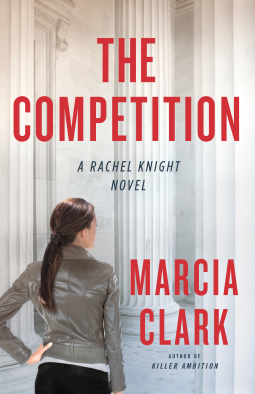 Perhaps it’s part of the role which has been specifically set up for LA Special Trials prosecutor Rachel Knight – I’m not sure – but ultimately it doesn’t really matter. (Just one of those things that plays on my little mind!)

In Marcia Clark’s latest novel, The Competition, Rachel teams up with her best friend, LAPD detective Bailey Keller to investigate a mass shooting at a US high school.

Police initially identify two dead bodies as the shooters, but it’s soon obvious that the killers themselves have set out to mislead the investigation and they’re still very much alive.

The shocked community is eager to find the culprits and leap to conclusions every time the police question potential suspects. Needless to say, stereotyping and assumptions are rife! 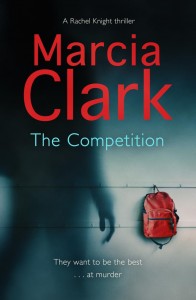 Experts in mass shootings and child psychologists are consulted as Rachel and Bailey try to understand what was behind the shooting. Things become more urgent when it becomes obvious that the killers (with nothing to lose) haven’t yet completed their game.

Clark’s latest Rachel Knight novel is enjoyable. Bizarrely I enjoyed the insight into Rachel and Bailey’s private lives and life outside of work as much as the plot around the killings.

And happily, although I hadn’t read the first three novels in the series, it didn’t matter. The Competition worked well as a standalone book.

I did feel that Clark introduced a few too many red herrings and peripheral characters, as I often lost track of who was who. However, it’s an enjoyable read and a tad confronting given the increased regularity with which such horrific events are occurring.

The Competition, published by Mulholland Books (and Hachette Australia), is available from 8 July 2014.

I received a review copy of this book via NetGalley from the publisher.