I generally dislike novels, TV shows or movies where I know the identity of the bad guy from the get-go. I’m not sure what that’s about. I guess I like the twists and turns of discovering it’s someone you least expect rather than getting to follow the ‘baddie’ all along.

John Katzenbach’s latest Red 1-2-3 does exactly that. We meet the Big Bad Wolf from the very beginning of the novel and are privy to his (somewhat psychopathic – or at least sociopathic!) exploits.

Wolf, a novelist-come-killer – yearning to achieve something memorable (or just because he thinks he can!) – decides to pull off a triple murder, targeting three women for no reason other than their red hair. 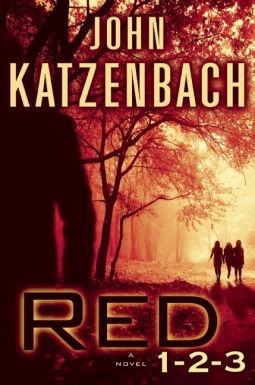 Naturally, he decides to taunt them first and starts with a threatening and anonymous letter drawing their attention to the less-savoury fate of their namesake – Little Red Riding Hood. (As an aside, she and Grandma were actually eaten in that version and the lumberjack cut them out of the wolf’s stomach!)

But, unfortunately for Wolf, he’s underestimated his victims, for they are far from that.

I’m a bit torn about this novel. On one hand I enjoyed the premise and most of the book, although the end was a tad disappointing.

However, while I felt that Katzenbach (through Wolf and the women themselves) allowed us to get to know the three Reds, I really didn’t feel I had much of a handle on Wolf himself. Given that he narrated much of the novel we should have had more insight (into him and his compulsions), but this sadly (in my opinion) wasn’t the case.

Red 1-2-3 does however, offer something different and the fear and anger which drives the three Reds to pursue Wolf  challenges us to ask ourselves: what lengths would we go to if we were being pursued by someone who threatened our life?

John Katzenbach’s Red 1-2-3, published by Grove Atlantic, will be available from January 2014.

* I received an advanced copy of this novel via NetGalley for review purposes.