In a previous life in international aid / development I worked in a few developing countries. During that time I travelled on my fair share of dodgy airlines and prehistoric helicopters seemingly held together with duct tape.

Because I’m a fatalist I’d look around as I was boarding and try to work out which passengers’ lives the plane-crash telemovie would follow. You know those movies—we see excited holiday makers, or couples on honeymoon, about to start their lives and then, the headlines…. ‘Lives cut short’ and so forth.

Would I be one of the chosen few, I’d wonder? #macabrely

I’d like to tell you that such morbid thinking made me value my life all the more… but that’s not exactly true.

It’s a theme however, which Judy Blume explores in her latest novel, In the Unlikely Event.

When Blume was a teenager three passenger planes crashed near her hometown in New Jersey within a three month period (in December 1951 – February 1952). The events obviously had an impact because many many years later she recreates those tragedies in her first adult novel in almost 20 years. 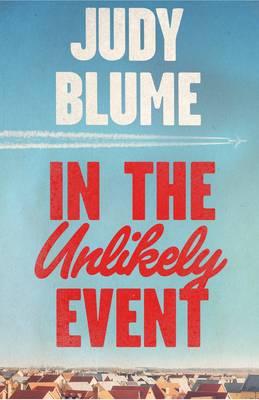 Blume remains faithful to the events surrounding the aircraft crashes, at a time when air travel was ‘new and exciting’ (and planes, thankfully, small). She has, however, introduced fictional characters who, almost certainly, would be (consciously or unconsciously) reflecting her own experiences of that time.

I’d usually summarise the plot of a novel at this point, but this is a book about the aftershocks more than the events themselves. It’s about the stuff already happening in the lives of those we’re following and the impact the plane crashes have on them.

Blume creates fabulous characters. Our lead character, Miri Ammerman is the quintessential 14 – 15 year old, who lives with her mother, uncle and grandmother. She has her first boyfriend and is starting to push the boundaries. She’s conscious of her Jewish heritage but only now understanding what that means. And, for the first time she’s seeing the adults in her life as people, with their own wants, needs and weaknesses.

Miri and her mother Rusty witness the first plane crash.

Rusty’s borne the brunt of having a child outside of wedlock relatively well. Despite the unexpected pregnancy ruining her college plans, she’s forged a new life and is now starting to think of her own needs.

Miri’s close to her uncle Henry, a journalist who earns a name for himself covering the plane crashes. He’s about to marry however, and Miri realises their relationship will never be the same.

The lives of those living in Elizabeth are very much intertwined and we meet a number of Miri’s friends and their families. Although still ‘regathering’ after World War II and dealing with the war in Korea and looming political change as well as cultural, religious and socio-economic challenges, life seems surprisingly peaceful… before the first plane crashes in December 1951. 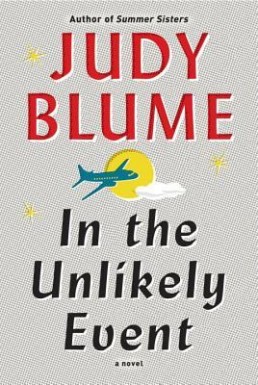 The first crash is bad enough, but the second plane crashes into a residential building, killing local residents. And after the third accident, conspiracy theories are raised and aircraft and runway safety questioned.

Once again our cast of characters are reminded of the fragility of life and given the incentive to make changes they might not otherwise make.

In addition to the residents of Elizabeth, Blume also introduces us (briefly) to some of the planes’ passengers and given that we (mostly*) know their fate, our time with them is achingly short.

As well as the vagaries of fate, Blume examines the themes of family and friendships, and of loyalty and love.

The events of the early fifties are sandwiched between a prologue of sorts and a final few chapters set in 1987… and I have to admit I found their inclusion redundant.

When I came to the final chapters I realised I remembered little about the first page or two, so had to flip back. Miri (and others) attend a service to commemorate the events from 35 years earlier, and we receive the CliffsNotes summary of our key characters’ lives.

I would have preferred the novel to end BEFORE that. Those reading the novel will know where I mean. There was too much stuffed into the last few chapters for me. And despite being a lover of closure I really didn’t need EVERYTHING wrapped up in a little bow.

However… that doesn’t take anything away from the rest of the book, which I loved and view as a multi-generational coming of age novel. The Ammermans, their friends and families (and society as a whole) were already changing but the events of those three months undoubtedly hastened things for those affected.

In the Unlikely Event by Judy Blume is available in Australia via PanMacmillan Publishers from 1 June 2015.

* There were survivors from the third crash.