Sometimes you can read a novel which you enjoy but which also REALLY pisses you off.

The reasons can vary – controversial content, the writing, the characters, or the ending or conclusion.

Jane Shemilt’s debut novel Daughter is one such book. 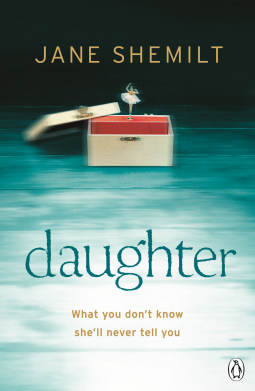 Jenny Malcolm is a busy GP. She enjoys her work and – although she occasionally struggles with the guilt of being a working mother – mostly feels there’s a good balance.

Her husband Ted is a successful neurosurgeon and in the midst of ground-breaking work which is keeping him away an increasing amount.

Jenny’s relationship with her three children is complex. Her 18 year old twins, about to finish school are busy with their own lives, but it’s 14 year old Naomi who worries Jenny the most. She’s become increasingly secretive and acting out in ways which surprise Jenny.

And then one night Naomi doesn’t return home. Clues regarding her disappearance are scant but as the police look into Naomi’s life Jenny is forced to confront the fact that she really didn’t know her daughter as well as she thought.

Did she disappear of her own free will? Or has she been taken? And which would Jenny prefer to believe to be true?

The book is written in two timeframes. In the present Jenny has moved to the family’s holiday cottage and is trying to live a solitary life, still struggling with the past. 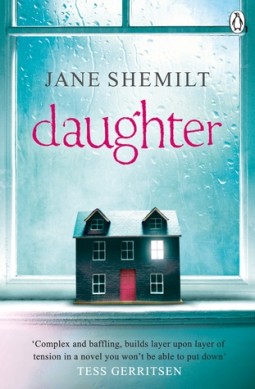 And then we’re taken back to the events of a year before. The days leading up to Naomi’s disappearance and weeks after.

We don’t really find out what’s become of the Malcolm family until well into the novel and I really appreciated this. It provided we readers with plenty of opportunity to guess as what might have happened in the interim.

I really enjoyed most of this novel. It was a bit slow to get started but ultimately I really had no idea what was coming and it kept me turning the pages, desperate for answers.

However… I ended up REALLY disliking some of the characters. I wanted to shake them or slap them around the head a little! I won’t go into too much detail but here’s a hint: selfish and thankless shits!

Jane Shemilt’s Daughter will be released on 14 August via Penguin Books (UK).