Thirteen years ago Esme Grace snuck back into her family’s house late one evening when a sleepover at her friend’s went pear-shaped. The 14-year old was in bed when she heard loud noises and remained hidden until they stopped. Afterwards, she saw the carnage but couldn’t come to grips with what had happened. Her father was charged with the murders of his wife, Esme’s twin sisters and brother and – it seemed – his attempt at suicide failed and he’s spent the time since in a care facility with no motor functions. 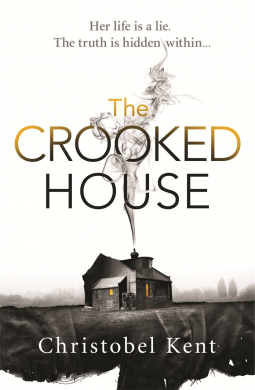 Esme was taken in by her aunt, became Alison and cut all ties to her former hometown and the crooked house in which the tragedy took place.

Now Alison works in the accounts section of a small publishing house and keeps to herself.

She’s thrilled when she meets Paul. He’s a University professor, fifteen years her senior and has essentially taken Alison under his wing – accepting her and her idiosyncrasies and not asking any questions. But when he asks her to attend a wedding with him she’s conflicted. She wants to be recognised as his partner, but the bride is a former girlfriend of Paul’s and… it’s in Esme/Alison’s former hometown.

On their arrival in Saltleigh Alison realises she’ll have no choice but to confront her demons. Not only are her own memories of her time there vivid, but it seems the relatively-closed community remembers Esme and her tragic past as well.

Alison tries to keep her past hidden from Paul, his ex-girlfriend and her wealthy family but learns the police investigation into the events of 13 years before had a number of glaring errors. When her plea to the lead investigator to re-examine the case fails Alison decides to do so herself. Unsurprisingly stirring up the past has its consequences and soon Alison’s own life is at risk.

I enjoyed this novel by Kent – the first of her books I’ve read. We quickly learn about Alison / Esme’s history and I appreciated that significant amounts of time weren’t spent with her in denial – which is a common theme in similar novels. Her eagerness to revisit the events of her childhood (in a manner of speaking) was refreshing.

I wasn’t particularly enamoured with Paul (the older partner / lover) as he pushed my buttons a little and of course his ex-girlfriend Morgan, was just unlikeable in general. But that’s okay. We spent much of the novel unsure who to distrust so the bitchy Morgan was perfectly cast.

We had a lot of insight into Alison – obviously – and she felt very real. I also liked some of the supporting cast – her childhood friend and her current workmates. It was interesting to see how much Alison’s friends cared about her, despite her own self-deprecating thoughts to the contrary.

I kinda worked out who I thought was involved in this whodunnit, but really had no idea when it came to the additional twist(s) so I was definitely caught by surprise.

If you’re on the lookout for a great thriller, The Crooked House by Christobel Kent will be published by Little, Brown Book Group UK on 8 January 2014.

I received an advance copy of this book for review purposes via the publisher and NetGalley.