I was born in the late 1960s and Karin Slaughter’s latest (stand-alone) novel, Cop Town, reminds me how lucky I am to have been born after generations of women who fought for equality and respect.

While women still battle for equal pay and opportunities in developed countries and access to education and basic human rights in others; I’m reminded that I’m fortunate to live in a more tolerant and accepting society. Sadly homophobia, sexism and racism continue to rear their ugly heads, but it’s reassuring to see more and more everyday types speaking out against inappropriate behaviour and intolerance.

In 1970s Atlanta however, things were very different. Women, although accepted onto the police force, were barely tolerated; and taunted and harassed at every opportunity. And locker rooms and partnerships did not cross the ‘race’ divide. 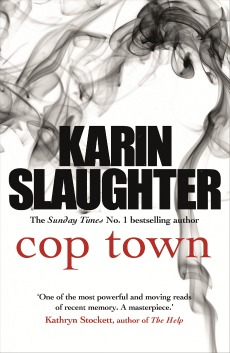 Maggie Lawson cops it more than most. Along with her brother Jimmy (a former football star and hometown hero) and belligerent, old-school and just-plain-revolting uncle Terry, Maggie’s a police officer. Just not a real one according to Jimmy, Terry and almost all other (male) members of the Atlanta PD.

When Jimmy’s partner is killed in the latest of a series of attacks against pairs of police officers, Maggie inserts herself into the investigation. Along with new recruit – wealthy and beautiful (and secretly Jewish) Kate Murphy – Maggie tries to hold her own in a world where she’s seen as an inept interloper.

Her motivation however, is more than professional: not only does Maggie want to catch a cop-killer, but she’s trying to find out what’s behind Jimmy’s secretive and dismissive behaviour.

Maggie, Kate and mentor Gail realise that the police officers targeted by the killer have something in common; something that sets them apart from their fellow cops.

I’ve been a Karin Slaughter fan since the Sarah Linton / Jeffrey Tolliver days. It wasn’t until I was reading Cop Town and struggling with some of the characters that I realised Slaughter has a penchant for inserting some fairly unlikable characters into her plots. In the earliest series it was fellow cop, the troubled Lena – who, although a central character – at times engendered equal parts of sympathy and antipathy. And in the Will Trent series there’s Will’s toxic ex Angie. 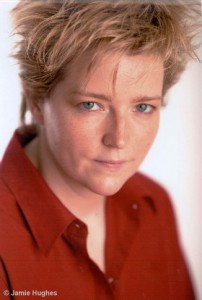 The rife sexism and racism is particularly confronting in Cop Town. Interestingly though, it made me ponder how far we’ve come and how far we’ve yet to go. Will someone 20 years from now be shocked that women were never allowed to serve on the front lines in wartime? Will skin colour, sexuality and religion (eventually) be completely irrelevant? I’d like to think so… but I’m not so sure.

So, while I struggled with parts of this book (as I was hyperventilating with frustration) I would LOVE to see Maggie and Kate return in future novels.

Cop Town, published by Random House will be available from 1 July 2014. And – the good news for Karin Slaughter’s Aussie fans – is that she’s doing a book tour here in August (check out the Random House site for more info).