I really enjoyed Caroline Overington’s last novel No Place Like Home, the first of hers I’d read. As well as an entertaining read, it provided some thought-provoking social commentary on topical issues – immigration and cultural stereotyping.

Her latest release, Can You Keep a Secret, similarly directs our attention to a range of current concerns, such as how much of ourselves we expose online.


The year is 1999, and Lachlan Colbert - Colby - has the world at his feet. He's got a big job on Wall Street and a sleek bachelor pad in the heart of Manhattan. With money no object, he and his friends take a trip to Australia to see in the new millennium. And it's there, on a hired yacht sailing the Whitsundays, that he meets Caitlin.

Caitlin Hourigan has got wild hair and torn shorts - and has barely ever left the small patch of Queensland where she grew up. But Colby is smitten and for Caitlin, a girl from the wrong side of the tracks, a blissful future awaits - marriage, a big house, a beautiful little boy.

But nothing is ever as perfect as it seems. And for Lachlan and Caitlin the nightmare is only just beginning.

The subject of international adoption features prominently – something which has also received a lot of media attention here in Australia.

It’s December 1999 and with paranoia about Y2K fallout, wealthy and ambitious Wall Street trader Lachlan Colbert (Colby) is forced to take holidays with friends in Australia. They hire a yacht and spend a blissful week travelling around North Queensland waters and islands. There they meet bartender Caitlin Hourigan, a local, who is working on the yacht as a favour to a friend. Though Colby initially feigns disinterest, the pair hook up before Colby and his friends return to the US. 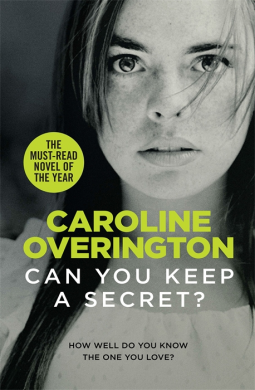 Time passes and Caitlin and Colby are in intermittent contact when Colby pays a return visit. Caitlin understands the relationship is just casual and Colby continues to date other women in the interim. When Colby offers to pay Caitlin’s fare to the US for a visit she jumps at the chance and plans a six week trip.

It’s nearing the end of Caitlin’s six weeks and the couple are getting on each other’s nerves when two planes fly into the World Trade Centre – where Colby works. The unexpected violence causes both to reconsider their futures and many are surprised when the pair decide to marry.

Despite their differences they seem like the perfect couple – the wealthy Wall Streeter, the beautiful young Aussie and (later) their adopted son. Of course, things are not always as they seem and some things really are too good to be true.

It’s hard to describe this novel without giving too much away. It starts with a prologue, so we eventually know what’s coming… we just don’t know how they get there.

Caroline Overington again delves into the minds of her characters in a way that brings them to life for her readers. Her inclusion of Caitlin and Colby’s family members provides useful insight into the pair. And she’s amazingly gentle with them – despite everything.

It’s almost impossible to know what’s coming. The build-up is beautifully done… we don’t expect a thing. (Or we do, but we’re wrong!)

In part of the novel Caitlin turns to blogging and online forums for support and – as someone in the industry – I found it particularly interesting. And confronting.

My only criticism of the novel – other than the slightly slow and chick-lit-like start – was that we changed heads a little throughout. Much of the first part of the novel was told through Caitlin’s, but at some point we switched to Colby’s head, before returning to see things unfolding from Caitlin’s point of view. However… while it was something I noticed, it didn’t really matter and perhaps reflected where our allegiance should lie.

Another great read from Caroline Overington.

Can You Keep a Secret, published by Random House Australia, will be available from 1 September 2014.

I received an advance copy from the publisher for review purposes.