Felix Brewer is a shady businessman who’s in trouble with the law. He’s had his share of lovers and a long-term mistress, but loves his wife Bambi and three daughters dearly.

When the police start to close in, Felix realises he can’t go to jail and asks his girlfriend Julie to help him slip out of the country. Felix pays her generously and puts steps in place to ensure his family are well cared for. However… things don’t quite go to plan. 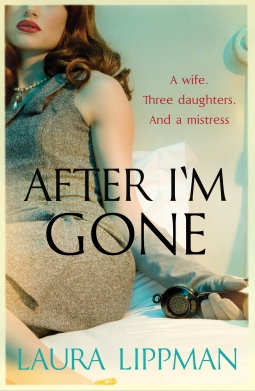 Forty years later we’re introduced to Roberto ‘Sandy’ Sanchez, a retired Baltimore detective who now works cold cases. When looking for a new case he comes across a picture of Julie, Felix’s former mistress whose body was found in the mid 1980s, years after she disappeared.

At the time of Julie’s disappearance (almost 10 years to the day after Felix vanished) it was thought she’d joined her former lover in some country safe from extradition, so the police and her family and friends paid minimal attention. Several years later when her body was found however, it became obvious that she didn’t leave after all.

From Felix’s former lawyer and bondsman to his (now) elderly former wife and grown daughters, Sandy’s investigation stirs up a lot of memories and bad blood.

Sandy believe’s that Felix’s money, lifestyle and disappearance are at the bottom of Julie’s murder and expects to find Felix’s wife living the high life but discovers she was (in fact) left broke after his flight from the country and with great reason to resent Julie’s own good fortune.

This latest release from Laura Lippman is a stand alone novel although Lippman’s regular heroine, Tess Monaghan appears VERY briefly, indicating that we may see more of Sandy down the track.

What I enjoyed about this novel is that it’s actually less about the investigation (or crime itself) and more about the impact Felix’s disappearance had on those around him. The backstory is unveiled during Sandy’s investigation from the perspective of the key players and family members which gives us a better chance to know Felix’s now-grown daughters, though Bambi isn’t given quite as much airtime.

Sandy is ultimately proved right in believing that someone mentioned in the original case file is responsible for Julie’s death although there were a couple of twists and ‘reveals’ I didn’t see coming.

After I’m Gone by Laura Lippman is published through Faber & Faber / Harper Collins and available from 3 April 2014.

I received an advance copy of this book via the Publisher through NetGalley.