I hope you’re all impressed because I published a gazillion posts last week and did a bit of reading on the side! Now I just need to get my act together on the freelance writing and income-earning front! 😉

I started the week with Splinter the Silence by Val McDermid. I think I might have missed the previous book in the series, but it didn’t matter; this was fabulous and there was no catching up required.

After a couple of nights off (to catch up on reviewing!) I read A Game for All the Family by Sophie Hannah in a sitting. I’ve drafted the review and it’s ready to go (in the next day or so) but though I was initially hooked, I felt the novel fell apart a little towards the end. 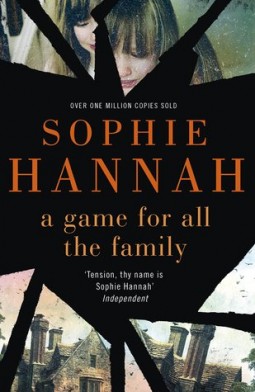 Next on my reading agenda was Deadly Messengers, the latest release by Aussie writer and reviewer, Susan May and great follow up to her debut novel, Back Again.

And to cap off the week I’ve started a new arrival, Kate London’s Post Mortem. It got to jump to the top of the to-be-read list as it was published a few days ago and I was slack in picking up my mail.

I kicked last week off with my review of a new Aussie novel, The Bit in Between. It’s a book which is being compared to The Rosie Project, and getting great reviews for its debut author (see below!). 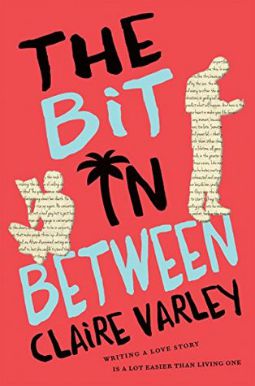 As I mentioned, I loved Splinter the Silence—the ninth novel in the Carol Jordan / Tony Hill series by Val McDermid and I suspect this was reflected in my review.

I also shared my review of The Marriage of Opposites, Alice Hoffman’s latest novel which I was surprised to enjoy as much as I did.

I posted an interview with Claire Varley, author of The Bit in Between about the Solomon Islands—the setting of her book—and the role it played in inspiring the novel.

If you’re a fan of the crock pot or slow cooker, you’ll have to check out my interview with the creator of an AMAZING 390,000 people strong Facebook Group, popular website and author of a new cookbook, Slow Cooker Central. 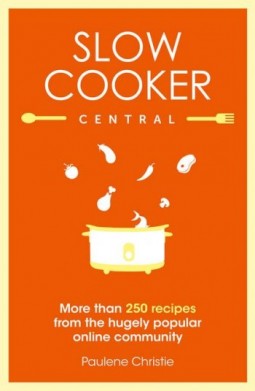 My monthly wrap-up of my favourite new August releases was also published in the v.popular Styling You blog. Head over if you get a chance to see if you agree with my faves!

I caught up on my reviewing. Obviously!

In all honesty parts of my week were pretty shitty… but that’s a long story. I’ve also managed to bookend our Australian winter with a cold / flu and have an annoying chesty-cough. I’m prone to lose my voice so I’m hoping that doesn’t happen as I’m planning to (finally) start an exercise routine of sorts this week.

Two or three of the books are already out so (along with the Kate London) they SHOULD be my first priority for this coming week. 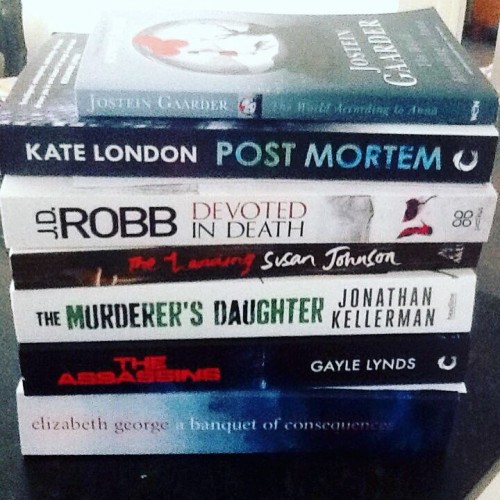 I have to confess however, I really really really want to get to the latest Sue Grafton (which I’ve had for 3 WEEKS!) and the new JD Robb! In fact… I wouldn’t be surprised if I use the fact I’m feeling tired and emotional (sick) to irresponsibly skip over a few (with earlier publication dates) to get to them. 😉

And that’s it from me on the book blogging front…

Do any of my reads appeal to you? What’s on your agenda for the week?

As usual I’m linking up with the Caffeinated Reviewer Kimberley for her Sunday Post.