It’s been a pretty slow week for me. I think I’m in some weird kind of limbo as I wait to hear about the position I interviewed for last year. I’m not quite as stressed about job-hunting and earning an income; but not able to completely slack off (as if on holidays), until I hear something definite. Either way.

I read only a few nights this past week, forcing myself to hold off because I was behind in my reviewing.

I kicked off the week with two very different books however, starting with Coffin Road by Scottish born (France-dwelling) Peter May; and then Numbered by Australian sisters, Amy Andrews and Ros Baxter. 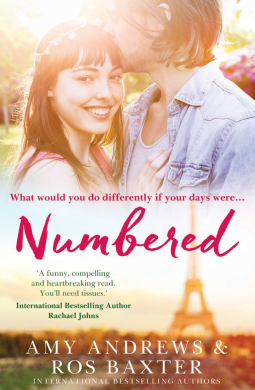 And after a few nights off I’ve ended the week with Nele Neuhaus’s To Catch A Killer. 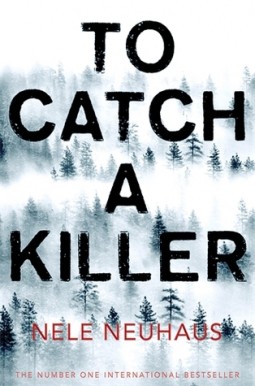 Well…. I moaned a lot. Firstly I broke my kitchen tap… while it was on. It’s one of those two-in-one mixer things so that wasn’t a lot of fun as I had to turn my water off until a plumber could come the following afternoon!

Then after buying new lightbulbs to replace a kitchen down-light I discovered the problem is with the transporter, or transponder or something. So I need to get an electrician out to have a look. And then… my microwave oven died. So I felt like this… 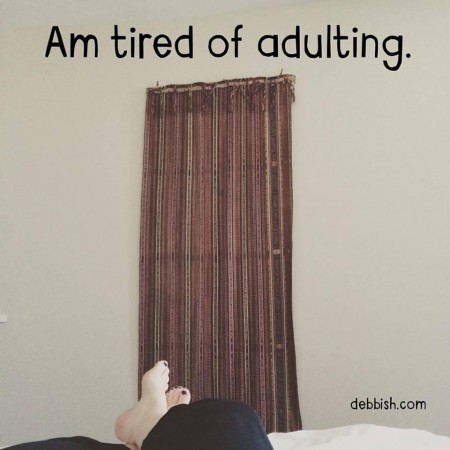 I eventually crawled out of hole and headed to my mum’s for a couple of days. As I’ve joined her up at (her town’s one remaining) video library I finally got around to watching the Amy Schumer movie Trainwreck which I enjoyed far more than expected.

Plans for next week

Most of my TBR books aren’t being published until February or March (or later) so I’m holding off on those. I know there are a couple that have slipped between the cracks over recent months, so I need to follow up on those. (I should mention I don’t accept author requests for reviews unless I know (of) the author, but I’ve occasionally said yes to non-publishing company PR peeps!)

And as I just passed my 7yr anniversary* I want to do some thinking about my blog. I’m contemplating a survey or similar to get feedback from readers. I don’t blog much about stuff other than books nowadays, but those posts seem more popular than my book blog posts. I’ve also steered clear from weight / diet related stuff recently (as I’ve said it all here before) but do miss it. A little.

And that’s my book blogger check in for this week. I hope to finally hear something on the job front by next weekend, but…

What’s on your agenda for the coming week?

I’m again joining Kimberly at The Caffeinated Reviewer for the Sunday Post and Kathryn at The Book Date for ‘It’s Monday!’

* Belated update to note that my first blog post (on 9 January 2009) was in fact a book review of sorts.