I’m virtual friends with a lot of aspiring writers, bloggers, freelancers and novelists. And I’m at an age when many people I know are questioning the purpose of their day job and its place in their life and… perhaps feeling the odd snippet of regret.

Indeed, my seachange just over four years ago was an attempt to follow some convoluted passion and have more time for ‘me’ and the things I enjoy.

So I was intrigued by debut author Christine Dibley, who found success ‘later’ than some and keen to share her story as a reminder that it’s important not to think it’s too late or that we’ve somehow missed our chance to do something we’ve long desired. Christine’s first novel, To The Sea was published by Pan Macmillan in late December and you can check out my review here.

Born in outback New South Wales, author Christine Dibley arrived in Tasmania thirty years ago and has been held there ever since by that strange bond islands weave around their inhabitants. Christine raised four children while developing a career in the human services, primarily working with children, refugees and homeless and aged people. She resigned from her position as a CEO in the health industry four years ago to pursue full-time writing. She continues to travel, most recently in Ireland, Scotland and Iceland. 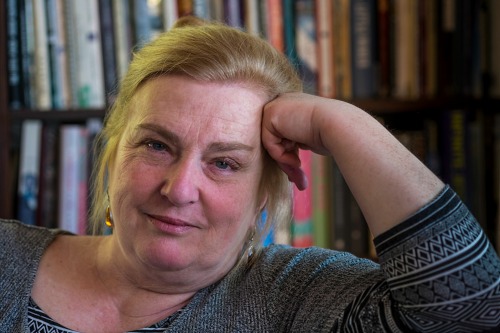 I asked Christine about her decision to leave the (more traditional) workforce to pursue her writing.

“I had been feeling unwell for a while and pushing myself every day to continue at work. But my position didn’t really allow me to just turn up and cruise, and I couldn’t think of a worse way of operating, so I had a reappraisal of everything. And when I asked myself the question ‘what do I really want to be doing?’ the answer was so simple. Write.

“My husband quietly assured me that he was happy to postpone his own desire of being a full-time painter and keep the money coming in, so it was time.”

Unsurprisingly it was a dream Christine had held for some time, but – like most of us – a lack of confidence and the practical commitments of a family and mortgage prevented her from pursuing it earlier. But when she made that leap, it was with firm resolve.

I accepted that if I failed, as was the most likely outcome, I still wanted to try. I have no regrets about my decision.

Because I’ve been pondering crap like the timing of our transformations or realisations, I wondered if Christine had regrets that she didn’t quit the workforce to pursue writing when she was younger.

“Having written my first book and had a major publisher like Pan Macmillan pick it up, of course I have wondered ‘maybe I should have done this years ago.’ But I can never know the answer to that wonder. So many other things have happened in my life that must, in some way, have contributed to my writing and the frame of mind I am now in.” 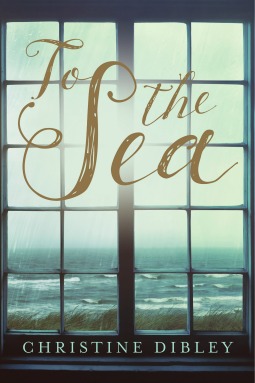 So perhaps things DO really happen when they’re meant to and I loved (and am envious of) Christine’s pragmatism on the subject.

My overwhelming desire to write coalesced with a time in my life where I could comfortably make the decision to fulfil that desire. It was such an easy decision. It never had been easy before so I guess, from that point of view, it was the right time.

Christine’s words remind me of Liz Gilbert’s twist on that well-known adage: “What would you do EVEN IF you fail?”

Christine is currently working on new manuscripts and you can find her on Facebook to hear more about her upcoming book launches and new work. A massive thanks to Christine for her time and Pan Macmillan for coordinating our interview. Links to purchase her book can be found on my review post.

Do you ever ponder major life changes? Have you taken that leap? What would you need to do to follow a long-held dream?