Before joining Fiona McIntosh for coffee, I knew she was a popular and prolific Australian author. I’d  researched her meticulously, so knew she was passionate about coffee and chocolate, and about travel and baking. I also knew she ran hugely popular writing masterclasses which are sold out until late 2016. But what I did not know was how committed she is to fostering and mentoring new writers.

In case you’re wondering… my coffee catch up with Fiona was not exactly a tête-à-tête during which she divulged her innermost thoughts and long-kept secrets. In fact, she was visiting Mary Ryan Hervey Bay’s bookstore and speaking to a small group of fans, readers, writers and wannabe writers-like moi. Plus I was drinking coke zero. #coffeeschmoffee 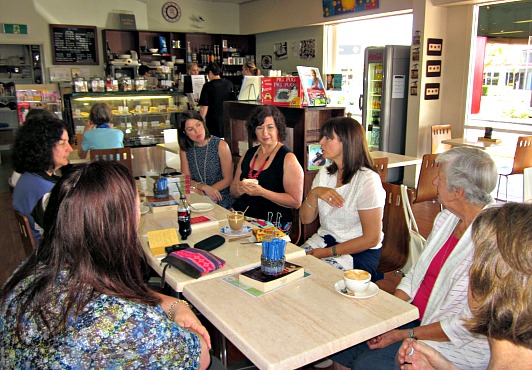 The teacher and mentor

I was surprised to see a local high school student at the 8am coffee catch-up. She’s not visible in the above pic, but was resplendently decked-out in the purple uniform which I wore some 30 years ago—and which forced me to renounce the colour upon graduation. She and her mum (who was also there) are both huge fans of Fiona’s work and the year 11 student  has enrolled in Fiona’s course later this year. Fiona was happy to put a face to a name and her enthusiasm for sharing her craft was delightful to this cynical old hag.

As a writing teacher and source of inspiration for current and future generations, Fiona’s definitely doing something right. She was (understandably) very proud of the fact that twelve students from her masterclasses have now been published.

And if you can’t make it to her Commercial Fiction Masterclass, in early in 2015 she released a book, How to Write Your Blockbuster which she describes as a ‘young sibling’ to the masterclass. 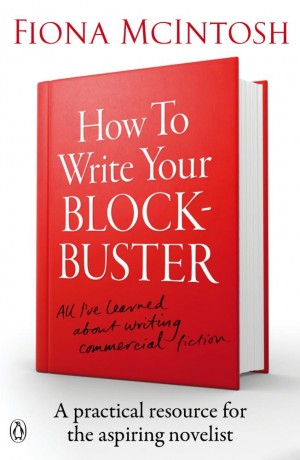 Fiona’s own writing career took off after attending a course with Bryce Courtenay. She was keen to write the sorts of books she writes now—period pieces. But he recommended against it (at that point) because of the amount of research involved.

At the time Fiona read a lot of fantasy and so that’s what she wrote. Very successfully—and her Trinity series was published in 2001-2002.

Fiona’s methodical in her time allocation and spends her mornings at her desk. After an hour of email and social media she spend three hours writing.

Fiona’s less methodical however when it comes to her writing style. She believes people make too many rules around their writing. She doesn’t systematically plot out her novels, and describes herself as a free-faller or gunslinger. She suggests…

If you’re a planner, you risk not asking ‘what if?’ enough.

It was inevitable that Fiona, with considerable bookstore shelf real estate under her belt, eventually moved into historical fiction, penning popular titles including The Lavender Keeper and Nightingale.

And she thrives on the research involved. She believes it’s important to immerse herself in the period she’s writing so researches everything from fashions of the time, to what people were eating and drinking. She explains…

A key part of a reader’s entertainment is escaping into the story.

In fact, while writing The Perfumer’s Secret, Fiona took a hands-on approach and developed her own scent (and in a brilliant marketing strategy had small vials made up for events). 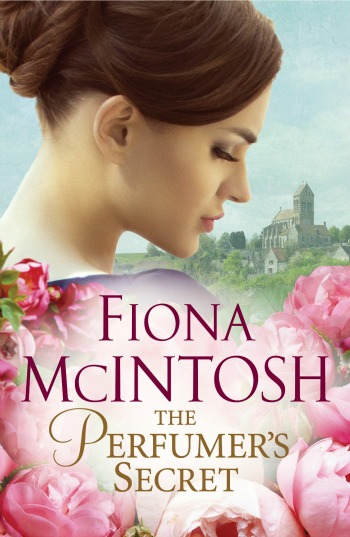 Fiona loved the idea of a ‘scratch & sniff’ cover but realised it could be overpowering for booksellers!

Fiona’s passion for places and travel started when she was young and travelled regularly between Africa and England (her country of birth). But interestingly Fiona credits author Robert Ludlum with inspiring her to write with a focus on ‘place’.

“I wanted to see the places he wrote about,” she said.

I make it my signature that readers will travel with me AND my characters.

And if you’re a fan, you can do more than that as Fiona hosts tours to the places she writes about. It’s a chance for readers to walk in the footsteps of her characters, she explains. 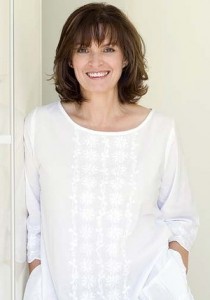 Fiona’s background in sales and marketing stood her in good stead for the part of a published author’s life which is a struggle for many writers—the self-promotion. But she recognises this is a struggle for others. And not just writers.

Although she’s already written across number of genres, her desire to empower and inspire seems to be a constant theme. In fact, she says, she’d love to write a book for women. One, she says, which will promote the ability to be confident and emotionally robust.

Final note… from me
I’ve studiously avoided mentioning that I’ve not read any of Fiona’s books. I’m sure she realised that during our conversation. Regular readers of my blog and book reviews will know that I avoid historical fiction and fantasy like the plague. Or fruit.

That of course doesn’t mean I can’t learn a lot from someone who gets so much joy from their craft that they’re keen to share it with others. I’ve been to a few other author events (post seachange and in Brisbane etc) and very VERY much enjoyed (and probably preferred) this informal session with the very effusive and empowering Fiona McIntosh.

Thanks to Fiona (and my fellow attendees and Mary Ryan’s Hervey Bay) for letting me take notes during our discussion. Thanks also to Penguin Australia who are taking Fiona on this roadtrip to promote The Perfumer’s Secret (which is now available in all of the usual places).