I’m on rations. But… before you start to imagine me foraging for food and water, the rationing to which I’m referring actually relates to reading fodder.

Five books-a-week in my first three weeks here, meant that on fifteen occasions I was up past midnight*. Not an indictable offence when you’re not working I know, but it seriously hindered my plan to get into a routine – as I struggled to get out of bed at a decent hour each morning after a reading binge.

So, rather than going cold-turkey which I’ve been forced to do on some occasions, as of last week I’ve been on rations. Three books a week. And that’s it.

Naturally, as moderation is apparently my enemy, I polished off my first library book the day I borrowed it.

It was late when I put the book down, pulled the plug out of the bath and prepared for bed. As usual though, I checked FB and Twitter before jumping into my eagerly-awaiting sheets.

Naturally (being the oversharer I am) I’d mentioned that I was returning to the bath with my book, so there was a question waiting for me from a blogging and Twitter friend on the other side of the world: “What are you reading?”

I couldn’t tell. For the same reason I actually ‘hid’ the book as I checked it out of the library.

Picture me taking deep breaths while I prepare for this confession:

I had to bury it amidst the others I was borrowing as it had a big bloody red heart on the spine. Yes, it was a romance novel.

Although (I feel compelled to admit), it was by Suzanne Brockmann who (like Sandra Brown) kinda crosses over from romance into crime fiction. Sort of.

I have no doubt there are people out there who would judge me harshly for my taste in reading.

However, I don’t think I am (or worry about being judged to be) a white-trash reader of books and I’ve long confessed to rarely scouring the big ‘L’ literary shelves, instead heading for the crime and mystery genres.

It’s interesting though that I’m prepared to admit to reading crime fiction, but as for romance… nope, no siree.

However… although I don’t borrow or read straight romance novels now I have in the past.

As a teenager I poured over ‘Sweet Dreams’ novels bought through school book clubs and when in my late teens or early 20s, read Mills & Boon novels while holidaying with grandparents.

Nowadays, however, I get my romance fix mixed-in with other genres. I mean, let’s be frank here, it’s unusual to have ANY novel (or film or TV series for that matter) without a bit of a love story hovering about in the background.

I know people who ‘judge’ authors who write romance novels for Mills & Boon / Harlequin and the like. But… getting any novel in print is surely an achievement. I doubt those writing about ‘throbbing members’ are any less talented or dedicated than those writing about existential crises of protagonists. 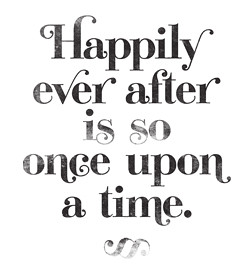 Which makes it interesting that it’s somehow more palatable for me to borrow books with guns or Sherlock Holmes hats on their spines than a big red heart.

So I’m wondering if my issue may (in fact) be less about the printed words and more about the reality of the genre.

Perhaps it’s the cynic in me who doesn’t believe in ‘happily ever after’; or maybe I’m ashamed at being a failed romantic, fooled into waiting for her still-absent Prince Charming (or ‘Stone’ the rugged outdoorsman; or ‘Devlin’ the womanizing billionaire!).

Do / would you feel comfortable admitting to reading romance novels?
Why?

* I only read at night (in the bath). And yes, I know that’s strange but it’s a habit I’ve gotten into that I’m struggling to break!