I wasn’t initially going to bother writing about the book. After all, what on earth could I say that hasn’t been said already? But then I remembered this blog is ALL ABOUT ME. It’s the place where I share the thoughts pre-occupying my mind and acts as a virtual sounding-board, offering me a cathartic release from the mess marinating in my mind*. Or something.

I actually hadn’t even planned to read this book (or the series) by E L James. I first remember the hype earlier this year and hadn’t bothered to learn anything about the damned thing. In fact, until I started reading it I thought it was about a middle-aged woman. Glimpses at articles implied that married and middle-aged women everywhere were in raptures over the content, so I figured it was about an older woman and hot gigolo; or a woman being seduced into a sexy affair by a younger man. Or something.

So, you can imagine my surprise when I discovered it centres around two twenty-somethings. It took no time at all to see the similarities to the Twilight series and I guess it’s astoundingly popular for the same reasons. Sassy but shy, demure and virginal young woman (Ana) and (older) wealthy enigmatic experienced man (Christian Grey). *Sigh* Yes, that old chestnut.

When I wrote about Twilight I bitched about the stereotyping of Bella Swan into some powerless uncoordinated awkward damsel. I could say the same about Ana Steele. Exactly. Urgh! (And I’ve said it before and I’ll say it again. Who The Fuck constantly forgets to eat, other than disempowered female characters in books, allowing their menfolk to lord it over them to ‘keep up their strength’?! Though admittedly not always for kinky bedrooms games!)

Earlier this year I confessed to reading Mills & Boon novels as a teenager while visiting my grandmother. They were all the same back in the 1980-early 90s. Virginal (though headstrong) young woman meets charismatic wealthy (but sexily dangerous) man. The woman was weak. The man strong, his Achilles Heel – of course – being the young virgin in question.

Now I doubt that Mills & Boon novels still feature 20 something virgins and surely governesses are a thing of the past. Mostly. But, I don’t doubt that the underlying theme remains. 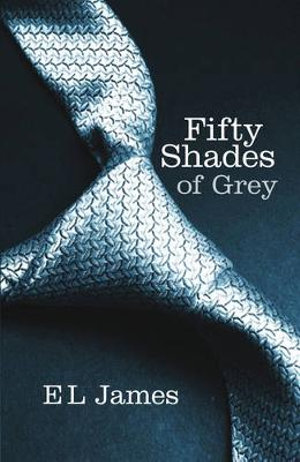 A lot of people have commented on the poor writing in 50 Shades and I also found myself perplexed. The writing’s accessible (like the Twilight series) but the narrative is like this first person stream-of-consciousness writing; as if someone actually forgot to edit the bloody book. (Scarier still, I’m worried that my blogs come across EXACTLY THE SAME WAY! Faarck!)

Sex scenes, sadomasochism aside (I mean, each to his own, quite frankly). I must confess I just don’t get the dominant / submissive thing. I know poor old (wealthy, sexy) Christian has his reasons and I’m sure we eventually uncover the traumas of his childhood. But, how can he seriously want someone to sign a confidentiality agreement (implying that he believes what he does is not seen by everyone as ‘normal’) but then be seriously surprised when Ana baulks at the spankings/whippings.

It is a book of contradictions. The first person prose allows us to understand that Ana finds kneeling, not meeting Christian’s eyes and calling him Sir as being debasing. So why does she do it? And why do so many LOVE the book?

I believe it’s that age-old thing about we girls loving the ‘bad boys’. Why?! Because of course WE will be the one that changes them. WE will be the one who make them see the error of their ways: whether they be serial womanisers, workaholics, drug-users, into kinky sex, or wife-beaters.

I know I sound cynical and I am. I said it elsewhere…. leopards, spots etc. But, that doesn’t mean I’m not attracted to the bad boys myself.

Bizarrely it took me three nights to get through 50 Shades – unheard of for an obsessive reader like myself. It was a sign that I struggled a bit with the book. Indeed I almost put it down a number of times, BUT… it did ‘get me in’ a bit cos I wanted to know what Ana would do (and admittedly if Christian WOULD change his *ahem* masterful ways!).

The fact that there are two more instalments obviously mean that the story of Christian and Ana continues.  I’d be shocked as hell if Christian can be lured away from the Red Room of Pain. So… while I won’t stalk my local library waiting for parts 2 and 3, I suspect I will borrow them when I come across them because it seems, after all, that I’m just a romantic at heart and I wanna see if the girl gets her guy!

Have you read 50 Shades?

*accidental alliteration
PS. I also wrote about ‘Shades of Grey’ in my diet blog. Sort of.